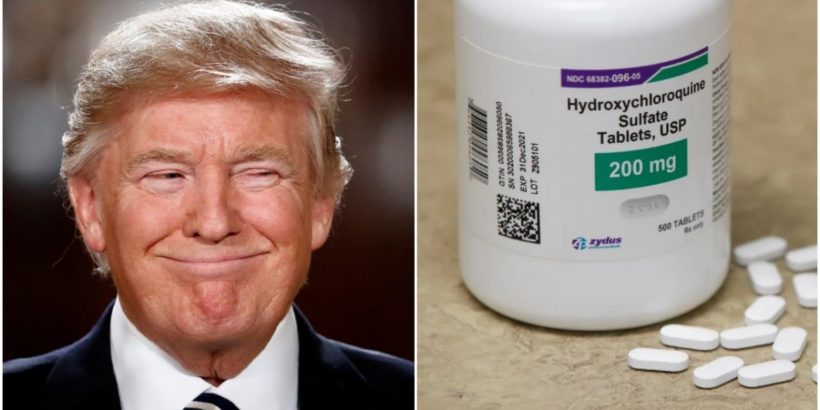 Our President travels the world on a regular basis and shakes the hands of an untold amount of people. But yet, he doesn’t wear a mask or gloves. Nor, does he practice social distancing.

He is in a class of potential high risk being elderly,  and probably has a number of people who would love to target him for exposure to COVID.

On June 20, 2020 in Tulsa, Oklahoma, POTUS held a Rally with thousands of Trump fans, in the middle of a pandemic. Face masks were optional and social distancing, impossible.  Very few of those who attended chose to wear a mask.

As of today’s date, the Rally was over two weeks ago and past the incubation period for exposure… shouldn’t a large majority of those Trump supporters be dead by now?

Another question might be… “Why would our POTUS,  (who is up for 2020 re-election), take such a chance in killing off a large swath of his supporters, by potentially exposing them to COVID-19?” These are those who are voting for him, in addition to the many millions more watching the Rally on television, and saw the full display of his actions.

Why would our POTUS do all this in such a public manner?” Wouldn’t that be political suicide?

WHY, would he blatantly refuse precautions that are being MANDATED by health officials and various State Governors?

Why indeed! Sometimes you have to SHOW the world the truth, instead of just tell them.

Tonight, in Rapid City, South Dakota, (in front of Mt. Rushmore)… our POTUS is holding another Rally where 7,500 ticket holders will will again show up to hear him speak. Our C-VINE Volunteer Citizen Journalists, will bring to you LIVE coverage of this event, that again… millions more will watch on television.

Will a large percentage of those attending the Mt Rushmore event, be exposed to COVID -19 and die from it?

That is what a multitude of articles and televised reports are screaming about 24/7. They are saying all this in unison, lamenting how POTUS could do such irresponsible actions.

IMHO, all these MSM reports are being incredibly irresponsible in all their fear mongering.

This is where our own inherent critical thinking skills, need to speak to us louder than the innumerable EXPERTS and MSM touting a personal agenda.

You may ask; “But how can you say that?” There really is a COVID-19 and some have been sickened or have died from it.

My, answer is; “Those who are in a high risk, have a weakened immune system  or peripheral health problems that could add complications with the COVUD-19… ABSOLUTELY SHOULD TAKE PREVENTIVE  PRECAUTIONS!  This is just plain common sense!

Ultimately, it should be a personal choice. The strong and healthy individual  shouldn’t  have to be forced into a quarantine. Quarantine measures are for the sick. Not the healthy.

In addition, a new study was JUST released yesterday, showing Hydroxychloroquine was found to be effective in substantially reducing the death rate from COVID-19 when taken early after contact and no heart complications existed after taking it.  This debunked earlier false reports. You can read that report HERE, “CORONA VIRUS UPDATE”.

That being said, didn’t our POTUS publically admit taking the Hydroxychloroquine and Zinc as a preventative measure?

Hence, another reason WHY our POTUS doesn’t wear a mask?

Should We the People, around the world who are having their eyes opened, be outraged yet?

Or, will they remain in denial? I have faith in humanity to take a stand against those who wish them harm.

Remember President Trump is fighting hard for us and opening our eyes to an immeasurable amount of corruption in almost every nook and cranny of our society. He was elected to SERVE We the People.

We basically hired him for a job to do… but he is not a Dictator to just go off and do as he chooses. He takes his orders from us, via Due Process.

Is he opening our eyes to another area of corruption and waiting for orders from us on how to proceed? I think he is, and we need to clearly express his marching orders. He has given us enough information in order to base a sound decision. Have you been paying attention?