Law And Order Returns And The Deep State Is Freaking Out 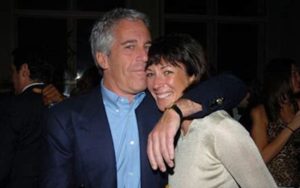 While the whole country has been focusing on the riots, city take-overs, mass destruction and masks, the Patriots have been getting ready. The mission is moving forward. Indictments are being unsealed and arrests are being made.

Berman was fired from the SDNY (South District of New York).  Ghislaine Maxwell was arrested. Trump continues to clean up the paid mercenary army here in the US, tracking the ‘handlers,’ during this Great Awakening. She is arrested for conspiracy to entice, to transport minors, to transport minors to engage in illegal sex acts, and perjury.

The Grand Jury returned the indictment on 6/29/20. She had 15+ bank accounts with some holding more than 20 million dollars; transfers of millions of dollars to and from Epstein. Her arrest leads to the Clinton Foundation, the Weiner Laptop, Epstein, Ukraine.

Federal Agents have also arrested councilmen of Toledo City after a two-year bribery investigation. This brings the total of Democratic officials arrested up to six.

Two Democrat councilmen were charged with voter fraud while 3 others have been placed into Federal Custody. They allegedly received payments between $500 – $5,000 for ‘YES’ votes on zoning requests to internet cafés.  In the UK, more than 700 criminals were arrested for phone network organized crime.

Gen. Flynn’s Lawyer, Sidney Powell, is saying the DOJ is going to hand over more documents. Could these docs be the original 302?  Once released, all the other 302’s were rewritten from the original and this will let people know, once again, they’ve been lied to.

The media reported Trump is urging people to wear masks. This is not true. He is leaving it up to the local leaders. This is how the founding fathers wanted it. He is not a dictator unlike the media reports.

When the riots and mayhem took place in the streets, the media reported that this slowed the spread of the virus. But, during this 4th of July weekend, they discourage get-togethers because we will spread it. Do they really think people will believe this?

The New York Times is attacking Mt. Rushmore because Trump wants to have a fireworks display there on the 4th of July. This is what they tweeted out. 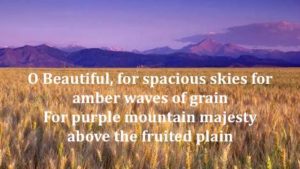 “Mt. Rushmore was built on land that belonged to the Lakota Tribe and sculpted by a man who had strong bonds with the Ku Klux Klan. It features the faces of U.S. Presidents who were slave holders.’

Praeger U responded to the NYT, ‘In 1851 at New York Times, founding editor Henry Jarvis Raymond published an editorial in which he supported a slaveowner’s legal right to recover his escaped slaves.’

Using their measuring stick, New York Times ought to be shut down. Additionally, Pelosi needs to go because her father helped dedicate a Confederate monument.

Trump’s stance on following the rule of law is a position of strength.  Feds arrested Jason Charter, ANTIFA member and thug who attacked the Andrew Jackson statue by the White House. BLM rioters are being arrested. The White Hats have been tracking each BLM individual. If they committed a crime, they will be arrested. 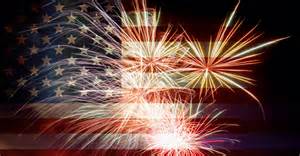 The DS is being exposed. Their empire is about to come crashing down. Who can take the pressure? We may see resignations and sadly, suicides.

Land of the Free, Home of the Brave. We-The-People are Patriots. Law and order are returning to the United States of America and she will be beautiful once again.