The Hunt Is On! The Patriots Are Exposing Everyone

The hunt is on! The Patriots are exposing everyone. Those who have committed treason, sedition, crimes against humanity are going to be brought to trial. When the public sees the horrific acts committed by these corrupt individuals, the country will unify. Long live liberty!

The Deep State/Media realizes their opportunity for mail-in ballots is dwindling. They no longer have the ability to switch voting booth ballots. Their only hope of winning is with mail-in ballots. The Supreme Court blocked this from happening in Alabama. Now, they need voter ID, and absentee voters must get their ballots notarized. Winning!

The media is pushing FEAR like crazy and it’s triggering people into asking questions. Democrat governors are demanding masks but the COVID death rate is going down. With this pandemic, it’s falling apart on the DS.  Dr. Fauci says this virus is going to mutate. We knew they would push a 2nd wave. Trump introduced HCQ which will help heal patients.

When tortured children have been revealed, sane people will come to their senses and realize there is an underlying evil. At this point, we have the opportunity to red-pill those still asleep. It has begun.

A while back, President Trump mentioned a rescue of a woman from being sexually trafficked. Could she have been instrumental in Ghislaine Maxwell’s arrest? Who will be the next one arrested? FOX news posted, “Hillary Clinton & Foundation, Crime against children.” Those who have been awake, believe they know what’s coming.

Several police saw pictures and watched a video on Weiner’s laptop. They could not believe what they were seeing, and physically became sick by what they viewed. Gen. Flynn’s lawyer, Sidney Powell even commented with disgust on the scenario.

Prince Andrew said he would cooperate with authorities when Epstein was arrested. Since then, he won’t talk to officials. The photos, flight logs, etc., have been released. There is no hiding.

Trump is dedicated to law and order. Prince Andrew was also very connected to Rachel Chandler. Rachel was arrested January of 2019, for crimes against humanity. She is believed to have dropped many names of those who were also complicit.

Ghislaine Maxwell is heading to the same prison as Jeffrey Epstein. People are concerned for her safety. They should be!  Her friends will be exposed. Will they turn on her while she is in prison?

Oprah Winfrey, Chelsea Handler, Jimmy Kimmel, Tom Hanks, Will Ferrell, Will Smith, Bill Clinton, Madonna, and many others, have flown to Jeffrey Epstein’s Island. Many crimes against humanity took place there. This was why Epstein was arrested. 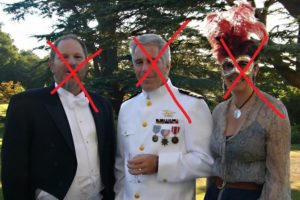 Weinstein, Epstein and Maxwell all have X’s over their faces. Why? They were all arrested for crimes against humanity. Learning about their crimes will be difficult for some to accept. The truth must be shown for people to believe it.

Ghislaine Maxwell was his mistress. Now that she is arrested, will these mentioned, be indicted for crimes against humanity, too?

With all this evil being exposed we must remember there is still good in this world. Patriots are compassionate, we love others, we have faith in humanity.