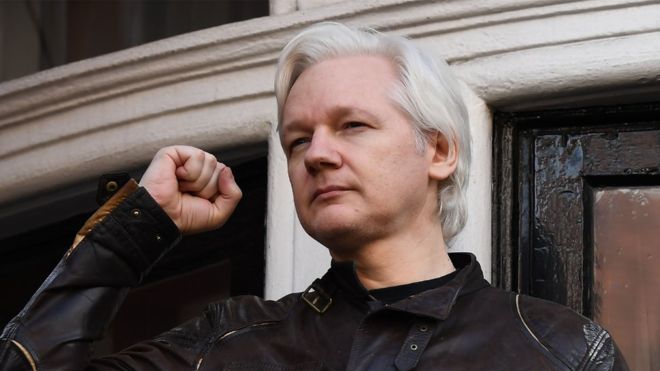 Lawyers for WikiLeaks asked a federal judge on Friday to dismiss a Democratic National Committee lawsuit over the anti-secrecy group’s publication of party data during the 2016 presidential election, citing its constitutional rights, reports said.

“WikiLeaks’s conduct — publishing truthful information of public concern as a media organization — is protected by the First Amendment,” WikiLeaks lawyer Joshua Dratel wrote in a 33-page motion filed in New York City, according to the Washington Times.

Dratel called the DNC’s lawsuit an “existential threat” to the organization.

He said that if the Democrats were successful in thwarting WikiLeaks, all that would remain would be “a shell of the First Amendment,” with a self-censoring media intimidated by the fear of lawsuits, according to Court House News.

Dratel said a DNC victory would have a “chilling effect” on the press’ exercise of constitutionally protected speech.

But Democrats pushed back on WikiLeak’s argument on Friday.

“Beyond being wrong on the law, WikiLeaks‘ attempt to make this into a defense of press freedoms is offensive. The organization has allied itself with an autocratic regime that kills journalists, and together they helped elect a U.S. president whose hostility towards the free press has no precedent in American history,” she said.

“The conspiracy constituted an act of previously unimaginable treachery: the campaign of the presidential nominee of a major party in league with a hostile foreign power to bolster its own chance to win the Presidency,” said the suit, which was filed in federal district court in Manhattan.

The suit claims WikiLeaks founder Julian Assange “shared the defendants’ common goal of damaging the Democratic Party in advance of the election,” stating Russia, using WikiLeaks, would disseminate information stolen from the DNC “at times when it would best suit the Trump campaign.”