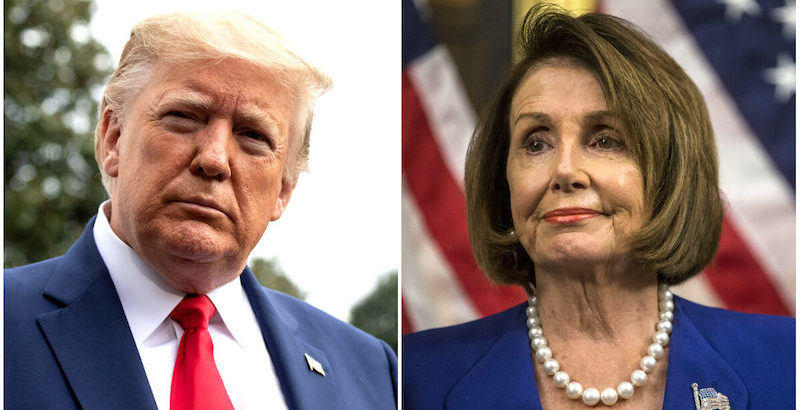 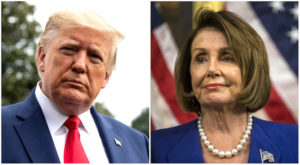 President Donald Trump suggested that a stimulus deal between the White House and Democrats won’t be passed before the Nov. 3 election.

“After the election, we’ll get the best stimulus package,” President Trump told reporters Tuesday as he boarded Air Force One.

The comments came after the Senate left on Monday for their October recess, following the confirmation of Supreme Court Justice Amy Coney Barrett.

House Speaker Nancy Pelosi (D-Calif.) and Treasury Secretary Steven Mnuchin spoke over the phone for about an hour on Monday, according to her spokesman.

Democrats and Pelosi “continue to eagerly await the Administration’s acceptance of our health language, which includes a national strategic plan on testing and tracing. We are hopeful their response will be positive as we also await the outcomes of talks between committee chairs,” Pelosi spokesman Drew Hammill wrote on Twitter.

Trump, during his comments to reporters on Tuesday, again targeted Pelosi for failing to pass a stimulus deal.

“Nancy Pelosi is only interested in bailing out badly-run, crime-ridden Democrat cities and states. That’s all she is interested in,” Trump said. “She is not interested in helping the people.”

Trump, over the past several months, has called for a stimulus package, saying that he wants $1,200 stimulus payments and extra unemployment benefits.

“After the election, we will get the best stimulus package you have ever seen,” the president added. “I think we are going to take back the House because of her.”

The CCP virus pandemic has led to millions of job losses due to state and local shutdown initiatives to curb the spread of the virus.

“In all of our legislation, we have stressed the importance of testing, but the administration has never followed through,” Pelosi wrote in a letter to lawmakers on Monday, again blaming the GOP for refusing to budge. “The Republicans’ continued surrender to the virus—particularly amid the recent wave of cases—is official malfeasance.”

After passing a sweeping stimulus package in March, Democrats and the White House again returned in the late summer months to try and come to a new accord. Democrats passed the $3.3 trillion HEROES Act in May, which was described as a “socialist wish list” by GOP Republicans, while President Trump said it contained a “bailout” for cities and states.

Republicans in the Senate attempted to push through several smaller targeted bills but were blocked by Democrats.

Mnuchin and Pelosi, during their talks in October, appeared to be nearing closer to a deal, with Pelosi telling reporters that there is a likelihood of a deal before Election Day.

White House communications director Alyssa Farah told Fox News earlier in the day that the Trump administration hopes it can reach a deal with Democrats “within weeks.”

“We are confident that we can get something in the coming weeks,” Farah continued.