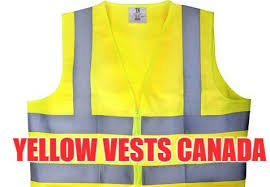 As Yellow Vest protests have raged across France for the last few weeks, the movement has inspired citizens across Europe to rise up against their globalist governments. 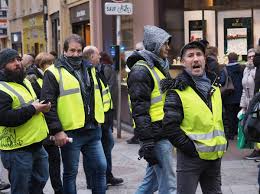 The campaign has now spread across the Atlantic as Yellow Vests Canada is preparing a month of protests across several Canadian cities.On December 15, a few hundred protesters donning yellow fluorescent vests held smaller, warm-up events in Toronto, Calgary, Edmonton, Winnipeg, Regina, and other cities to protest issues such as climate tax, Canada’s signing of the U.N. global migration pact, and the country’s leniency toward sex offenders, with larger protests planned for the coming weeks.
The Yellow Vests have struck a chord with people all over the world who have become frustrated by their governments pushing liberals policies that ignore the needs of hard-working, everyday citizens. The initial protests in Paris, against French President Emanual Macron’s globalism, quickly spread throughout the rest of France.News reports of the demonstrations soon inspired other like-minded people across Europe, triggering similar protests in major cities in the UK, Sweden, Belgium, and Germany. 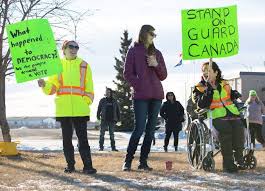 The protests in France started in mid-November against a planned fuel tax hike introduced as part of President Emmanuel Macron’s climate change policies, and soon developed into a wide-scale grassroots movement to voice concern about policies and tax reforms that the protesters say target the poor while enriching the wealthy.
The French Government claims the carbon tax is meant to encourage people to switch to electric cars.However, the increased taxes on fossil fuels hit everyday working class citizens the hardest, who can’t afford expensive electric cars and already struggle with France’s high cost of living.
According to local reports, the weekend’s initial protests in Canada were peaceful for the most part, with the exception of the event in Edmonton where fights broke out with a group of counter-protestors accusing the other side of being anti-immigration.It’s not clear from the reports which side started the violence.

A Facebook group titled “Yellow Vests Canada” with over 75,000 members says its mission is “to protest the CARBON TAX and the Treason of our country’s politicians who have the audacity to sell OUR country’s sovereignty over to the Globalist UN and their Tyrannical policies.”
In Halifax, protester James Hoskins told CTV News: “I have never met even one Canadian that understands how a carbon tax is going to reduce carbon emissions.” You Might Like Over in the Prairies, Regina resident Rhonda Cwynar told CBC News that Canadians weren’t consulted adequately before the federal government signed the U.N. migration pact.“We’re worried about Canada no longer controlling their own country, about us being controlled by a global government,” said Cwynar.
The Yellow Vest movement in France is inspiring citizens worldwide to rise up against globalism.
According to the Epoch Times, the U.N.-brokered migration agreement, formally known as the Global Compact for Safe, Orderly, and Regular Migration, is a legally non-binding agreement to cover all aspects of international migration.The pact has a number of controversial objectives, including a direction to “manage borders in an integrated, secure and coordinated manner,” which critics are worried would give transnational bodies control over how countries manage their borders. 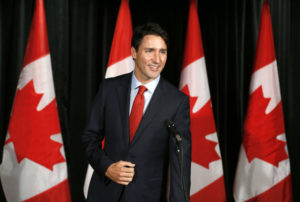 Another objective of the pact calls for governments to invest in “ethical reporting standards and advertising” and cutting public funds to “media outlets that systematically promote intolerance, xenophobia, racism and other forms of discrimination towards migrants.”
Critics, including the leader of the opposition Conservative Party Andrew Scheer, say this counts as an attempt to influence independent reporting.
In Fort McMurray, Canada’s oil capital whose once-thriving energy industry has been in turmoil in recent years because of low oil prices, protesters held signs reading “cancel Bill C-69 anti-pipeline bill,” “stop the carbon tax,” and “sheep no more, asleep no more,”
Fort McMurray Today reported.Bill C-69, introduced by the federal government, expands the environmental review process for major energy projects including oil pipelines.The “Yellow Vests Canada” Facebook page lists a number of upcoming protests on Dec. 22 in different Canadian cities including Calgary, Moncton, Regina, Saskatoon, and other smaller cities in Ontario, Alberta, and British Columbia.