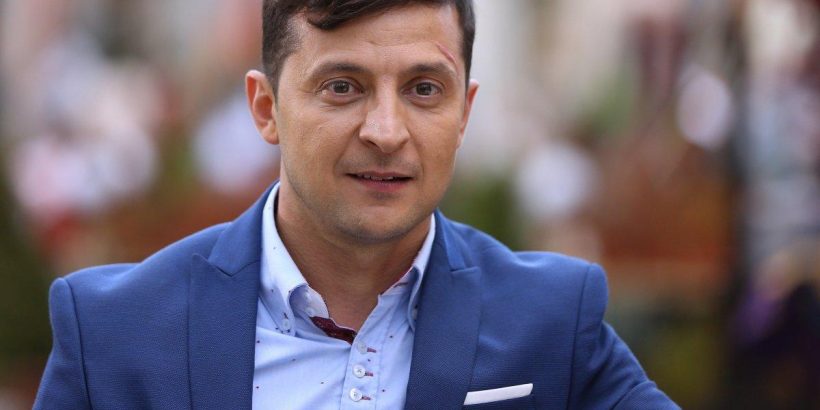 Ukrainian President Volodymyr Zelensky has signaled openness to a compromise with Russian President Vladimir Putin on some of his key demands for halting the offensive in Ukraine, including on NATO membership and the status of Crimea and the breakaway pro-Moscow territories, but the Ukrainian leader insisted his forces would not capitulate.

“I’m ready for a dialogue, but we’re not ready for surrender,” Zelensky said in an interview with ABC News published on Tuesday.

The Ukrainian president said he was not prepared to give in to what he described as “ultimatums” put forward by Russia in the latest round of peace talks, but insisted he’s ready to open discussions on issues including NATO membership and the status of the separatist-controlled regions of Donetsk and Luhansk and Russia-annexed Crimea.

“I think that we can discuss and find a compromise on the points about the temporarily occupied territories and unrecognized republics, which are not recognized by anyone except the Russian Federation,” Zelensky said.

A key question is the treatment and status of Ukrainians in the contested regions who don’t want to be in Russia’s sphere of influence, he said.

“What’s important to me is how the people in those territories who want to be part of Ukraine are going to live,” Zelensky said.

The Kremlin has said it’s ready to end its military campaign immediately if Ukraine recognizes the independence of Donetsk and Luhansk, acknowledges Crimea as Russian, signs a neutrality agreement prohibiting it from entering NATO, and if Ukrainian forces surrender.

But while Zelensky said he’s ready to talk about the status of the contested regions, he said the question “is more difficult than simply acknowledging them,” adding that Russia’s demand to recognize the regions as independent or, as in the case of Crimea, part of Russian territory, are “another ultimatum” he’s not prepared to succumb to.

“I’m ready for dialogue; we’re not ready for capitulation,” he said.

On the matter of NATO membership, which Russia sees as a key security threat and wants to prevent by having Ukraine enshrine neutrality in its Constitution, Zelensky also signaled a willingness to compromise.

“I lost interest in this issue after we realized that NATO is not ready to accept Ukraine,” Zelensky said.

He called for discussions with Putin, saying the Russian president “needs to start talking, start a dialogue.”

“I think he’s capable of stopping the war that he started,” Zelensky said.

Putin has called the invasion a “special military operation” to remove from power what he claims are dangerous nationalists leading Ukraine, while seeking to degrade the country’s military capability. Putin hasn’t specified when the operation will end, but has said that Russia does not plan to occupy Ukraine in the long term. Russian officials have, in recent days, said the campaign will continue until Moscow has met its campaign aims.

Western leaders, like French President Emmanuel Macron, who has spoken with Putin by phone several times since the hostilities broke out, have warned that they believe the worst of the conflict is still to come.

U.S. and British defense officials have said that, as Russia’s incursion has stalled in parts of Ukraine, Russian forces have ramped up the use of long-range fire, like rocket and artillery strikes, against civilian infrastructure, leading to more civilian casualties.

It comes as Ukrainians boarded buses to flee the besieged eastern city of Sumy on Tuesday, the first evacuation from a Ukrainian city through a humanitarian corridor agreed with Russia. Prior efforts to evacuate via corridors fell apart, with Ukrainian and Russian sides blaming each other for ceasefire violations.

Ukrainian authorities said a separate convoy of 30 buses was headed to the southern port city of Mariupol to evacuate residents. The city has been encircled without food, water, power or heat, and subjected to relentless shelling for a week.

The United Nations has said the number of people who have fled Ukraine had surged past 2 million, describing the flight as one of the fastest exoduses in modern times.