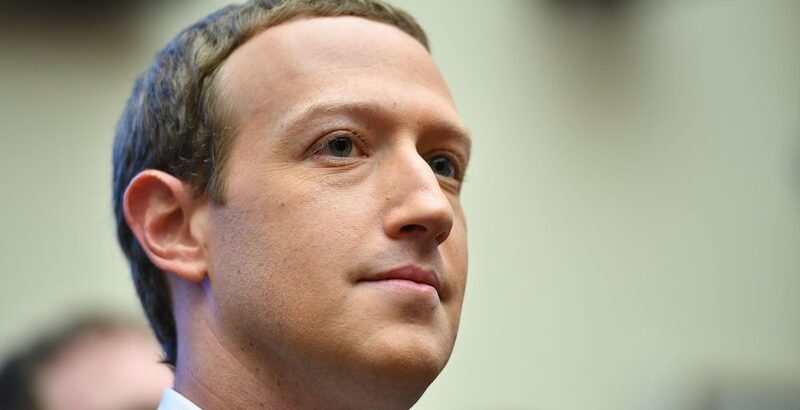 The Center for Tech and Civic Life’s donations to blue strongholds are attracting increased attention, controversy.

The Center for Tech and Civil Life (CTCL), a voter advocacy group funded by Facebook founder Mark Zuckerberg, donated $7.4 million last year to Detroit to, among other things, “dramatically expand strategic voter education and outreach” in a blue city key to Joe Biden’s 2020 election win, according to memos obtained by Just the News under an open records request.

The amount augmented by more than half the city’s $13 million election budget, and dwarfed it the $6.3 million in grants that CTCL gave five Wisconsin cities, a series of donations that has generated accusations that private money was wrongly used to influence state and local election judges and administrators.

The reach of Zuckerburg’s money has created a backlash in some GOP states like Georgia and Arizona, where lawmakers have moved since November to ban private money from being donated to election administrators.

Phill Kline, head of the nonprofit Amistad Project, which has contested private financing of election administration in several states, said the Detroit memos show another instance in which Zuckerberg money was allowed to influence a key battleground during the 2020 election.

“The records obtained in Wisconsin, Pennsylvania and Michigan show the Zuckerberg monies were used to buy off government officials dictating the manner in which the election was conducted and using government to target Democrat strongholds to turn out the vote for Mr. Biden,” Kline said. “Such action is wrong, unlawful and dramatically undermined the integrity of the 2020 election. We must not let a shadow government run our elections to the benefit of favored candidates and political parties.”

CTCL and state recipients of money have defended the grants, saying the money helped carry out an election made more difficult by the pandemic.

“Election offices across the country not only reinvented their procedures so that voters could remain safe, but they also went above and beyond to ensure accessibility for voters with disabilities and historically disenfranchised communities,” CTCL said in a post-mortem of the 2020 election.

CTCL’s grant money to Detroit was shrouded in secrecy, with city officials declining initial requests to identify how and where it was spent, prompting Just the News to file the FOIA request. The records obtained late last week show the city received three tranches of money.

The $200,000 grant, according to CTCL, was to “be used exclusively for the public purpose of planning and operationalizing safe and secure election administration in the City of Detroit.”

For the $3,512,000 grant, “The objective of the grant is to ensure safe election day voting and dramatically expand strategic voter education and outreach efforts. The funding allotted to the department will be utilized to provide assistance to voters with mail ballot requests, expand in-person early mail voting opportunities, utilize secure drop-boxes to facilitate the return of absentee ballots, and deploy additional technology to expedite and improve the accuracy of the mail ballot process,” according to the Detroit Office of Development and Grants.

In the $3.7 million grant, Detroit set aside $2.7 million “to increase pay for 8,000 poll workers,” $961,000 for increasing “pay for election staff working at the Receiving/Verification Boards,” and $350,000 “to procure an additional ten (10) high speed ballot counting machines for the absentee ballot operation.”

In November, Just the News reported that Detroit had also approved a $1 million contract with William A. Phillips’ “staffing firm P.I.E. Management, LLC to hire up to 2,000 workers to work the polls and staff the ballot counting machines,” which paid poll workers “at least $50 per hour.”

CTCL’s donations to local election officials have spurred controversy, especially in the city of Green Bay, Wisc., where newly released documents show a total of $1.6 million in grant funding from CTCL helped empower a “grant mentor” who has worked for several Democratic Party candidates to gain access to boxes of absentee ballots before the election.

Recently released memos show the city clerk fumed at the arrangement. “I don’t understand how people who don’t have knowledge of the process can tell us how to manage the election,” the clerk wrote in one memo.

Republican state lawmakers in Wisconsin continue to investigate the arrangement, which some legal experts believe might have run afoul of Wisconsin law.

“What’s critical to understand is how legally unauthorized all of this is,” Erick Kaardal, an attorney for the Wisconsin Voters Alliance, recently told The Federalist.