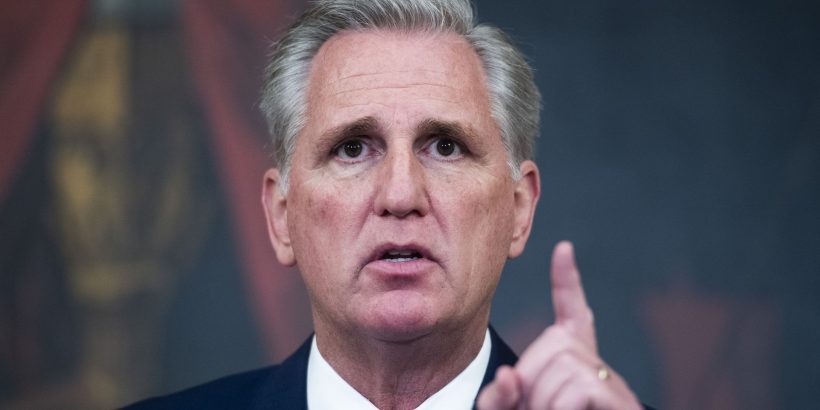 Southern border coordinator for the White House Roberta Jacobson first told Reuters last week that the Biden administration is considering the plans as part of a move to alleviate the economic problems that motivate people from Central America to leave for the United States.

Jacobson didn’t specify which entity would be potentially obtaining the cash but the payments in consideration are aimed at people from Guatemala, Honduras, and El Salvador, which make up for the vast majority of illegal immigration presently occurring at the southern border.

“President Biden wants to try and buy our way out of his border crisis with taxpayer money. The administration is spending $60 million a week, and now wants to launch a cash transfer program in Central America,” McCarthy said on Twitter.

“This insults millions of Americans who are out of work in our country,” he said.

In a separate statement, McCarthy suggested that the “crisis at the border” began on Jan. 20—Biden’s first day in office—when he promised a pathway to citizenship for more than 11 million illegal immigrants.

“Since then, it has spiraled out of control as the Biden administration halted construction of the border wall and rescinded critical safeguards like the ‘Remain-in-Mexico’ policy,” McCarthy said.

Upon taking office, Biden has overturned several Trump-era immigration policies that had seen a curbing of the flow of illegal border crossings. This includes his predecessor’s cornerstone Migrant Protection Protocol, or “Remain in Mexico,” which effectively ended the problematic “catch and release” protocol given to U.S. border officers and significantly reduced the number of illegal immigrants arriving at the southern border in 2019.

In a return to the Obama-era policies that facilitate “catch-and-release,” the Biden administration is again releasing unaccompanied minors into the country. Republicans argue that Biden’s act has been interpreted as a green light for prospective migrants seeking to enter and stay in the United States.

“Now hundreds of thousands of migrants are pouring across our southern border, including suspected terrorists. Some of these migrants are being released into our country and others are being crammed into unsanitary and inhumane facilities, which includes 20,000 unaccompanied minors, many who have been trafficked in by smugglers,” McCarthy continued.

Last month, CBP agents encountered over 172,000 illegal immigrants, according to statistics released on April 8. This is up from just over 101,000 individuals encountered in February.

McCarthy in his statement described the situation at the U.S.-Mexico border “one of the most consequential crises in a decade.”

“We are only three months into this new Administration, and they are failing to stop one of the most consequential crises in a decade,” he added. “The solution is at the ready, and it absolutely does not include more U.S. taxpayer-funded payments to Central America.”

Texas Gov. Greg Abbott meanwhile has called on the president to reinstate Trump’s immigration policies, saying that the problem will only “continue to get worse” if refuses to do so.

Samuel Allegri and Janita Kan contributed to this report.