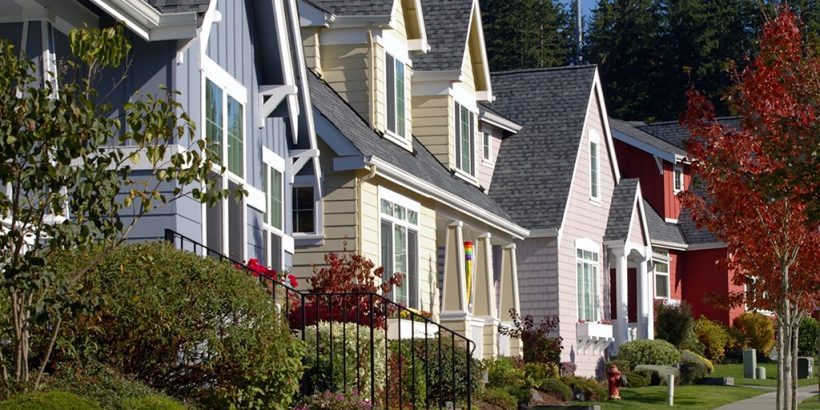 Buried in the nearly 18,000-word White House Fact Sheet on President Joe Biden’s proposed $2.3 trillion “American Jobs Plan” infrastructure bill is one paragraph that could turn the Department of Housing and Urban Development (HUD) into a zoning commission for suburban America.

“President Biden is calling on Congress to enact an innovative, new competitive grant program that awards flexible and attractive funding to jurisdictions that take concrete steps to eliminate such needless barriers to producing affordable housing.”

The anti-exclusionary zoning law proposal, the nomination of former Rep. Marcia Fudge (D-Ohio) as HUD secretary, and his signing of an executive order on housing discrimination, are key parts of Biden’s fulfilling a 2020 campaign promise to reinstate a controversial Obama administration program known as Affirmatively Furthering Fair Housing (AFFH).

Less than a week after her confirmation by the Senate as HUD secretary, Fudge was asked about reinstating AFFH and, in response, she told White House reporters that the Biden administration is moving forward with such plans.

“We are looking at it. Certainly, we know that fair housing is, in fact, the law of the land, and we want to use every tool that we have.  I think that the prior administration did roll back some fair housing tools that we have. So, we’re looking at how we can go back and make those better and get them re-implemented, if possible,” Fudge said.

The Obama AFFH conditioned receipt by local and municipal officials of billions of dollars of federal assistance on their acceptance of a HUD-approved plan to eliminate zoning policies defined as discriminatory.

The Biden AFFH revival goes several steps further by providing specific examples of what it considers discriminatory zoning and creating billions of dollars in new HUD grant programs as incentives for local and municipal officials to submit to federal supervision of their decisions. A former Fudge House colleague, Rep. Marcy Kaptur (D-Ohio), has just such a proposal for a new HUD grant program.

That approach, according to the Ethics and Public Policy Center senior fellow Stanley Kurtz, is nothing less than a prescription to federalize zoning functions that for centuries have been the prerogative of officials closest to residents of the neighborhoods most directly affected.

“Biden’s plan rips the heart out of local zoning authority. What, if anything, remains when the Biden administration is done won’t matter, because de facto control over the suburbs will have passed to the federal government,” Kurtz told The Epoch Times on April 12.

Kurtz believes the ultimate goal of advocates of the Biden plan is to eliminate single-family suburban neighborhoods entirely and to replace them with densely packed urban high rises.

But he expects the plan to become a political liability for Biden.

“The Biden administration’s plan to kill off single-family zoning will receive a great boost if the Senate changes its rules on reconciliation,” Kurtz told The Epoch Times.

He was referring to a recent Senate parliamentarian’s decision that may enable Senate Democrats to gain passage of the massive Biden jobs plan with no Republican votes.

“But once Americans wake up to the plans of Biden and the Democrats to end suburban single-family zoning, the political blowback will be fierce. Whether before the infrastructure bill is passed, or after it begins to take effect, the Democrats will face a political reckoning for their overreach,” he said.

Kurtz warned in a previously published analysis of Biden’s AFFH planning that it will prompt a flood of litigation by nonprofit advocates against local and municipal officials.

“There’s more danger in store for America’s suburbs in Biden’s current proposal than meets the eye, however. If I were administering Biden’s various federal housing programs, I would sucker well-off suburbs into accepting grants on lenient terms,” Kurtz wrote.

“The trick is that once a jurisdiction accepts a HUD grant, it has to sign a statement promising to ‘affirmatively further fair housing.’ Now that Biden is going to revive the old Obama-Biden AFFH rule, that pledge can be used by activist nonprofits or the administration itself to sue localities for failing to meet the outrageously expanded definition of that term set forth in Obama’s AFFH.

“It was suits like this that dragged Westchester County, New York, through years of federal control and torment. Just the threat of such suits intimidated Democratic officials in Dubuque, Iowa, into surrendering their city’s self-rule to the Obama administration.”

Congressional correspondent Mark Tapscott may be reached at mark.tapscott@epochtimes.nyc.