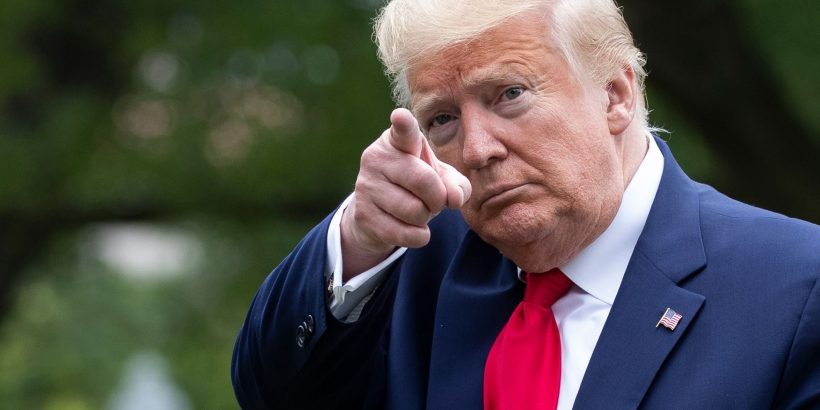 Former President Donald Trump reacted to White House plans to create a commission that would, among other proposals, study potentially expanding the Supreme Court.

Trump said that because the high court did not hear election-related cases after Nov. 3, the justices on the Supreme Court will “get what they deserve” if it is expanded.

Of the Supreme Court, “Now there is a very good chance they will be diluted (and moved throughout the court system so that they can see how the lower courts work), with many new Justices added to the Court, far more than has been reported. There is also a good chance that they will be term-limited,” Trump said, as he made claims of election fraud during the Nov. 3 election.

“Our politically correct Supreme Court will get what they deserve—an unconstitutionally elected group of Radical Left Democrats who are destroying our Country,” he added in his statement.

Last week, the White House released a statement saying President Joe Biden would create a commission that would look into possibly expanding—or “packing”—the Supreme Court and term limits for justices. The commission is headed by two former Obama administration officials.

“The Commission’s purpose is to provide an analysis of the principal arguments in the contemporary public debate for and against Supreme Court reform, including an appraisal of the merits and legality of particular reform proposals,” said the White House. “The topics it will examine include the genesis of the reform debate; the Court’s role in the Constitutional system; the length of service and turnover of justices on the Court; the membership and size of the Court; and the Court’s case selection, rules, and practices.”

However, Justice Stephen Breyer, a member of the liberal wing of the court, warned that “packing” the court is an unwise move because it will create the impression that the Supreme Court would be a politically motivated entity, which will further erode trust in U.S. institutions.

“If the public sees judges as politicians in robes, its confidence in the courts and in the rule of law can only diminish, diminishing the court’s power, including its power to act as a check on other branches,” he said at a speech to Harvard University students.

As a result of Breyer’s comments, left-wing activist groups began calling on the 82-year-old justice to retire.

White House press secretary Jen Psaki rebuffed those calls, saying Biden will not push him to step down.

“He believes that’s a decision Justice Breyer will make when he decides it’s time to no longer serve on the Supreme Court,” Psaki told reporters on April 10.