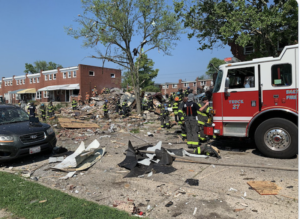 Multiple people including children are trapped in the rubble of their homes after a very large explosion took place during the night in Baltimore.

Rescuers are frantically searching for survivors. One trapped victim has been found alive and has been communicating with firefighters. Another victim has been pronounced, deceased.

Video footage shows the magnitude of the blast. At least 5 people are said to have been trapped.

This is a developing story. 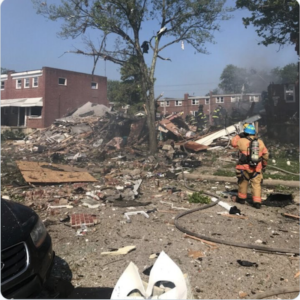 “Several houses exploded. At least 5 people trapped, some children. A Collapse Respose and Second Alarm has been called,” tweeted Baltimore Firefighters IAFF Local 734. The tweet was retweeted by the Baltimore Office of Emergency Management.