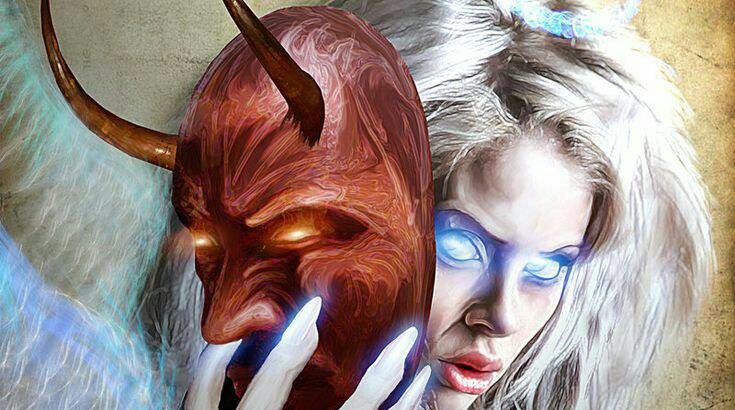 From our good friend and patriot, Lillian Day:

? What if those people knew the majority would not like their plans so they needed to hide them?

? What if they saw how the devil operated as an angel of light, evil masked with goodness and partnered with him to move forward their agenda?

? What if these people sold their eternal soul to the powers of darkness to get what they wanted?

? What line wouldn’t they cross?
? What limit wouldn’t they push?
? What would they ever let stand in their way if they were willing to trade an eternity filled with love and goodness for power here on earth?

? What if the evil is darker than we ever could imagine?

? What if we trusted the people we saw on TV simply because of their portrayed persona?
? What if they got us to trust them by being lovable for a 10 minute interview?
? What if we learned to trust complete strangers because they showed the world what a good person they are?

? What if we bought right into the plans of those who hate us, who want to steal, kill and destroy us?

? What if the devil is real?

☝️What would stop him from plotting all of this against us?

❌ What if this elitist club has been winning this whole time because no one stood up?
? What if we don’t know somebody just by seeing them on tv, or following them on social media, or listening to a lecture?
? What if they show you just as much about themselves as everyone else does on social media (a public persona verses REAL life)

? What if someone stood up?

❓Would they fight back?
❓Would they bow out gracefully?
❗️Would they turn the army of people they have trained to worship at the alter of man over to fight their battles?
➗ Would they divide us?
?Would they be filled with hate?
? Would they stop at nothing to maintain their devil given powers?

I love to see the good in people. I am a glass is half full kinda person but when I started to dip my toe in the water of actual truth instead of the perceived truth I felt comfortable with I wanted to run away. I wasn’t boldly facing the evil that started to reveal itself, instead I wanted to block it out. People can’t be that evil, that cruel, that horrendous. But the facts added up and the truth about a few became public. The symbolism, the intent to worship satan and suppress God. It’s everywhere IN FRONT of us. We only have to look for it.

The Bible says to be aware of the schemes of the enemy.

But when I started to look at movies, song lyrics, music videos. When I started to see the actions of politicians and even in the church we see a pattern reveal that is very hard not to at least question. We cannot just keep brushing off these coincidences. It’s adding up to something!

Who could believe what I am implying? Who would want to? The sad and horrible news is it doesn’t matter what we want the truth to be… the truth is the truth.

It’s seek-able . It can withstand the tough questions. It can hold up to the scrutiny of man. What can’t hold up are the lies, the cover ups, the fact that there is a bunch of stuff we just know is wrong but keep brushing off as not that big of a deal.

Who are we held accountable to? I can’t forget that one day we will be face to face with the Lord. God cares about HIS CHILDREN! He has vengeance stored up for the injustices. Are we okay to keep going, pretending like everything is okay knowing one day we will face God? Or are we ready to trust God to use us as he has intended, to be apart of HIS ARMY because my friend, people are standing up. It’s your turn!