They Can’t Hide Forever;  Their Crimes Will Be Exposed For The Whole World To See 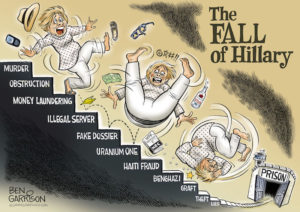 All the pieces of the storm are coming together all at once. Many people have been connected directly to these crimes: Acts of treason, the rebellion, Spygate, the Russia Hoax, Ukraine and the Bidens, Obama and his spying on the Presidential Candidates, Uranium One and Hillary Clinton, Clinton’s scrubbed e-mails, the Clinton Foundation, Epstein and his island, Ghislaine Maxwell and human and drug trafficking.

If this is all true, why aren’t these swamp-dwellers all in jail?

The Swamp has many layers. Every nook and cranny of these investigations must be explored and completely exposed if everyone is to be implicated. It’s happening! They never thought she would lose.

Wisconsin’s Senator Ron Johnson, (R), has subpoenaed former FBI Director Christopher Wray for all the information on Russia, Ukraine, and Joe Biden’s family. The media keeps lying to the public stating there is no evidence against Joe Biden. Nothing is farther from the truth!

In 2014, Joe went to Ukraine and met with Hunter’s business partner, where both men were put on the board of Burisma. The firm faced multiple corruption investigations. In his own words, Joe Biden’s famous viral video tells all where he is saying to pull the investigation off of Hunter or they’re not getting the money.

Hunter was in a paternity suit last year and claimed he was broke and unemployed. Then, a $450,000 tax lien against him was due in July. It was paid in 6 days. If he is broke, where did the money come from?

Praying Medic tweeted out the following: “The stage is set for Durham. AG Barr explains why General Flynn must be exonerated and why crimes committed during the Obama administration must be prosecuted. To do anything else is inconsistent with the rule of law. (Barr told Congress this is why he came out of retirement.)”

The Deep State (DS) is terrified of Flynn going free because once he does, he can speak freely. He knows where the bodies are buried and the DS is terrified of being found out.

Sally Yates pointed the finger at Comey. We know Comey will point it at someone else. No one is going to take responsibility. Once all the finger pointing stops, they will all be pointing at Obama.

General Flynn’s trial is public, on purpose, so everyone can see the truth! Once all of this is exposed, the DS puppets are going to have a very hard time convincing the public of their innocence. Declassified documents will prove otherwise. Now, they are just making up stories.

What does a rigged election look like? 20,000 fake drivers licenses from China and other countries! U.S. Customs confiscated them.  Do you suppose these fake ID’s were meant to be used for November’s mail-in ballots? Of course they were!

The Social Media giants have removed anything Cue, President Trump’s tweets, HCQ info., videos of the doctors who support it, and suspended Trump Jr’s. account for tweeting out a press conference. Those who speak the truth get censored.

However, when photos or tweets come out of children being raped, tortured or other heinous crimes, they remain on Twitter. If they censor all things Trump, they certainly know about pictures of nude children. They all know! 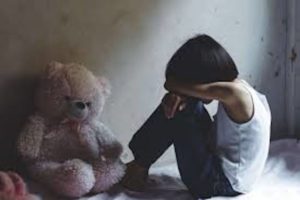 They never thought she would lose.

Save our children has become a well-circulated hash tag. You don’t harm our children! #SaveOurChildren

People can’t be told, they must be shown. Without the proof of crimes against humanity, the people will not see how corrupt and evil the Deep State is. They must see these photos in order to believe.

People have had enough! They have hit the precipice, but ‘The Who’ is trying to convince people COVID will come and go as it pleases. $1,250 has been designated to pay Californians who test positive for COVID to self-quarantine. Will this cause COVID numbers to rise? Absolutely. In spite of their agenda falling apart, they need it to move forward but Americans are seeing through it.

Is this the country we want to live in.. mask mandates for the healthy, quarantine for the healthy, communism, Marxism, job loss, loss of freedom?   Governors and Mayors have jurisdiction over their cities but who has jurisdiction over the citizens….the citizens!  The U.S. Constitution is not null and void during a pandemic. Once we yield our freedom, we will never get it back. Take it back! Fly the flag! The Silent Majority IS the majority!

Crimes against children in Haiti are very close to being revealed. When they are, the perpetrators will not be safe walking down the street.  It’s not just about trafficking, it’s about Satan worship and their sacrificial subjects. Pure evil!

They never thought she would lose! Now they all lose!