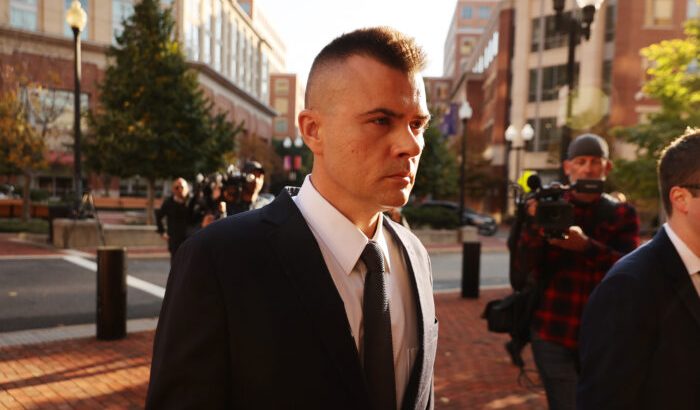 A key source for the anti-Donald Trump dossier paid for by Democrats has confirmed that he was on the FBI’s payroll for years.

Igor Danchenko, who provided information to the dossier’s author, Christopher Steele, “was a vital source of information to the U.S. government during the course of his cooperation and was relied upon to build other cases and open other investigations,” lawyers for Danchenko said in a filing lodged in federal court in Virginia.

Special counsel John Durham recently disclosed that Danchenko was a confidential human informant for the FBI from March 2017 to October 2020.

Danchenko was later charged with five counts of lying to the government in interviews about his role as a collector of information that was put forth in the dossier, which was funded by the campaign of Hillary Clinton—Trump and Clinton faced off in the 2016 presidential election—and the Democratic National Committee.

Some have alleged that the FBI paid Danchenko in an effort to conceal the fabrications. The FBI has declined comment on the allegation, referring The Epoch Times to the Department of Justice, which didn’t respond to a request for comment by press time.

Danchenko was investigated by the FBI from 2009 to 2011. While working for the Brookings Institution in 2008, he approached two colleagues and discussed whether they wanted to provide classified information in exchange for money, according to Durham’s team.

Danchenko said he thought one of the employees might be able to join the Obama administration, which came into power in early 2009, and gain access to classified information. Danchenko said he knew people who would pay money for the information. The employee conveyed the offer to a contact in the government, who relayed it to the FBI.

The FBI started a preliminary investigation and upgraded the probe to a full investigation after learning that Danchenko was an associate of two people who were known by bureau counterintelligence experts and that he had previous contact with known Russian intelligence officers and the Russian Embassy.

“The defendant had also informed one Russian intelligence officer that he had interest in entering the Russian diplomatic service. The investigation into the defendant was closed in 2010 after the FBI incorrectly believed that the defendant had left the country,” Durham’s team stated.

Prosecutors should be able to bring up the prior investigation at Danchenko’s upcoming trial because it’s “direct evidence of the materiality of the defendant’s false statements,” according to Durham’s team.

“The Government anticipates that a potential defense strategy at trial will be to argue that the defendant’s alleged lies about the sourcing of the Steele Reports were not material because they had no effect on, and could not have affected, the course of the FBI’s investigations concerning potential coordination or conspiracy between the Trump campaign and the Russian Government. Thus, the Government should be able to introduce evidence of this prior counterintelligence investigation (and the facts underlying that investigation) as direct evidence of the materiality of the defendant’s false statements,” it said in a recent court filing.

“Such evidence is admissible because in any investigation of potential collusion between the Russian Government and a political campaign, it is appropriate and necessary for the FBI to consider whether information it receives via foreign nationals may be a product of Russian intelligence efforts or disinformation. Had the FBI known at the time of his 2017 interviews that the defendant was providing them with false information about the sourcing of his claims, this naturally would have (or should have) caused investigators to revisit the prior counterintelligence investigation and raise the prospect that the defendant might have in fact been under the control or guidance of the Russian intelligence services.”

Danchenko’s lawyers said the agents involved in Crossfire Hurricane, the operation against Trump and his campaign, “were well aware of the prior counterintelligence investigation.”

They also said that agents involved in the prior probe were consulted about using Danchenko as a paid source and raised no objections, that agents factored the prior probe into their evaluation of Danchenko’s credibility, and that an independent source review committee recommended using Danchenko as a source through December 2020, even after taking into account Danchenko’s links to Russia.

“As an initial matter, those facts obliterate the government’s argument that any alleged false statements were material to the government’s ability to evaluate whether Mr. Danchenko could have been working for the Russians all along,” Danchenko’s lawyers said.

They also noted that Danchenko only learned of the probe when then-Attorney General William Barr disclosed it to the public in September 2020.

“Moreover, it stretches credibility to suggest that anything else would have caused the FBI to be more suspicious of Mr. Danchenko’s statements and his potential role in spreading disinformation than the very fact that he was previously investigated for possibly engaging in espionage on behalf of Russia. Armed with that knowledge, however, and based on the substantial and ‘critical’ information Mr. Danchenko provided to the FBI throughout his time as a source, the FBI nevertheless persisted,” Danchenko’s team stated. “The Special Counsel perhaps disagrees with that decision, but Mr. Danchenko’s trial [is] on five specific statements and this is not the place to air out the Special Counsel’s dissatisfaction.”