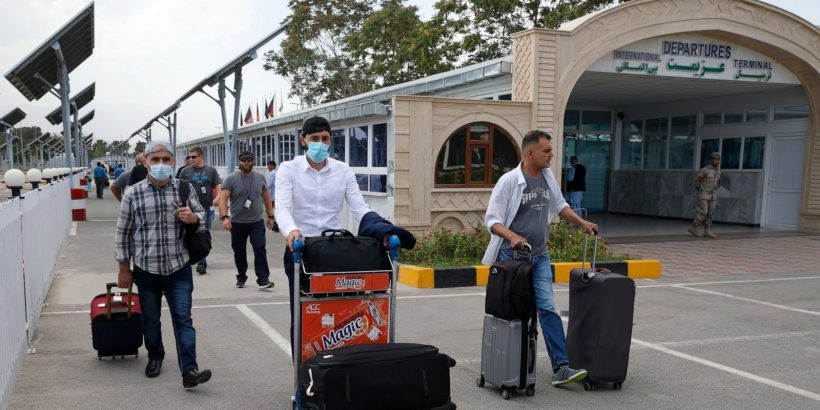 Almost 30 more U.S. citizens have been flown out of Taliban-controlled Afghanistan since the full withdrawal of U.S. troops, the State Department confirmed on Sept. 18.

“We can confirm that a Qatar Airways charter flight departed from Kabul yesterday with 28 U.S. citizens and 7 lawful permanent residents on board,” State Department spokesperson Ned Price said in a statement.

“We are grateful to Qatari authorities, who continue to coordinate these flights with us. We will continue to help U.S. citizens and Afghans affiliated with the U.S. government to depart Afghanistan.”

Price suggested that the evacuation succeeded because of the Taliban’s cooperation.

He also indicated that the United States will continue the engagement with the terrorist group to ensure “U.S. citizens and Afghans enjoy full freedom of movement.”

The evacuation was first mentioned by U.S. envoy Zalmay Khalilzad on Sept. 17.

“Grateful that more Americans were able to leave today on a Qatar Airways flight. We welcome this development,” he wrote in a Twitter post.

The Associated Press reported that more than 150 passengers were on the flight, citing an anonymous official. The news agency also said that more than 300 foreign nationals, U.S. green card holders, and Afghans with special visas have left Afghanistan in the past week.

The White House had said in early September that more than 100 Americans remained in Taliban-controlled Afghanistan.

Between 100 and 200 U.S. citizens were believed to be in the country when U.S. troops exited on Aug. 30. That number remains above 100, but “it is closer to 100” than 200, White House press secretary Jen Psaki told reporters in Washington.

Without a military presence in Afghanistan, the United States is attempting to use diplomatic means to secure safe passage for the Americans stranded in the country.

President Joe Biden stuck to his self-imposed withdrawal deadline, even as he promised to keep troops there until all Americans who wanted to get out were able to leave.

The Taliban has promised to allow Americans to leave. Meanwhile, Taliban fighters stopped some Americans from passing through checkpoints, even as U.S. troops were still on the ground, and beat multiple Americans in Kabul.

Zachary Stieber and The Associated Press contributed to the report.