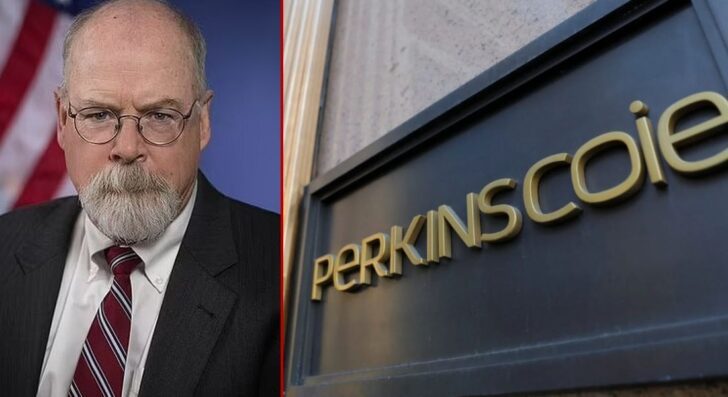 A lawyer who worked for the Democratic National Committee who was charged with allegedly lying to the FBI when trying to present information that would damage then-candidate Donald Trump pleaded not guilty.

Special prosecutor John Durham, who has spent the past two years investigating the origins of the FBI’s probe into whether Trump’s campaign coordinated with Russia, charged Michael Sussmann, who had worked with high-powered Washington-based law firm Perkins Coie on Democrat-backed election matters. Sussmann appeared in a Washington courtroom on Friday morning and entered his plea.

Magistrate Judge Zia Faruqui released Sussmann on his own recognizance, setting his next court date on Sept. 22 before Washington District Court Judge Christopher Cooper. If convicted, he faces as many as five years in prison.

A Durham-empaneled grand jury indicted Sussmann over his September 2016 meeting with former FBI General Counsel James Baker, who now works for Twitter. Sussmann passed along a claim alleging that there was a secret communications channel between a Russian bank and the Trump Organization. Durham alleged that Sussmann told Baker that he was not representing a specific client but was actually secretly representing Democrats, Clinton’s campaign, and an unnamed technology company executive.

Court papers filed on Thursday against Sussmann argued that the lawyer’s allegedly false statement was material because he was in fact, allegedly working on behalf of specific clients.

“Sussmann stated falsely that he was not doing his work on the aforementioned allegations ‘for any client,’ which led the FBI General Counsel to understand that Sussmann was acting as a good citizen merely passing along information, not as a paid advocate or political operative,” the indictment read, adding that the alleged lie “was intentionally false and misleading because, in assembling and conveying these allegations, Sussmann acted on behalf of specific clients, namely, a U.S. technology industry executive at a U.S. internet company, and the Hillary Clinton Presidential Campaign.”

Baker, during a previous Congressional hearing, said that Sussmann provided the information to him and at least one journalist. This came before the FBI’s application for a FISA warrant to surveil a former Trump campaign aide. Perkins Coie, on behalf of the Democrats, also hired Fusion GPS, which then hired Christopher Steele to produce the “Steele dossier” that contained numerous discredited claims against the former president.

Around the same time, news outlets like the New York Times and MSNBC repeatedly began to characterize Trump as a candidate who works on behalf of Russia and its President Vladimir Putin. The FBI said it investigated the Russian bank–Trump Organization claim and found no connections between the two.

During his presidency, Trump often decried allegations his campaign was connected to Moscow as a long-running hoax and witch hunt designed to denigrate his presidency and reelection chances.

“Michael Sussmann was indicted today because of politics, not facts,” Sussmann attorneys Sean Berkowitz and Michael Bosworth said in a statement. “The Special Counsel appears to be using this indictment to advance a conspiracy theory he has chosen not to actually charge. This case represents the opposite of everything the Department of Justice is supposed to stand for. Mr. Sussmann will fight this baseless and politically-inspired prosecution.”

And a spokesperson for Perkins Coie told news outlets that Sussmann said he would resign and focus on his legal defense.

Perkins Coie hasn’t yet responded to a request for comment.