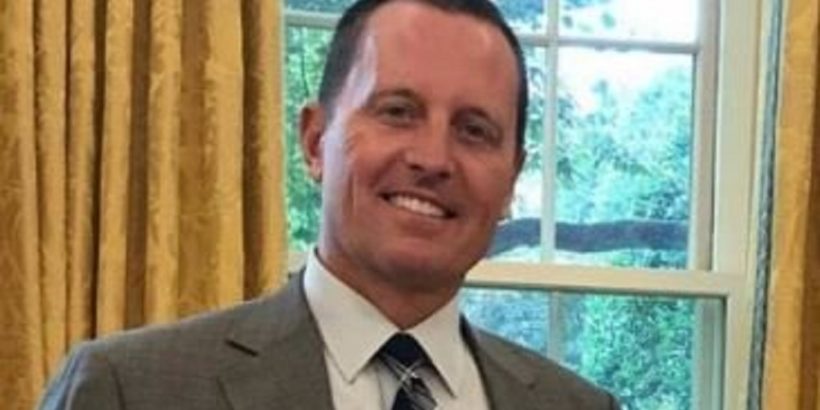 Acting DNI Richard Grenell is about to declassify a list of Obama officials involved in the unmasking of General Mike Flynn in his conversations with Russian Ambassador Sergey Kislyak.
Grenell was seen delivering a satchel of documents to the DOJ last week and according to ABC, he also discussed the list of Obama officials involved in unmasking Flynn.

Acting Director of National Intelligence Richard Grenell has sought to declassify a list of former Obama administration officials who were allegedly involved in the so-called “unmasking” of former national security adviser Michael Flynn in his conversations with the former Russian ambassador during the presidential transition, a senior U.S. official tells ABC News.

Grenell, who remains the U.S. ambassador to Germany along with being the acting DNI, visited the Justice Department last week to discuss the declassification of the list, according to the official.

Recall, General Flynn’s December 2016 phone calls with Russian Ambassador Sergey Kislyak were intercepted and Flynn was illegally unmasked — after Flynn’s identity was revealed, the transcripts of his phone calls were then leaked to the Washington Post.

Flynn’s leaked calls were published by WaPo’s David Ignatius on January 12, 2017 which led to Flynn being fired as National Security Advisor in February of 2017.

Obama’s former NatSec advisor Susan Rice was forced to acknowledge she unmasked Trump’s senior advisors during the transition period, however she maintained it was not politically motivated.

According to previous reports by John Solomon, Obama’s Ambassador to the UN Samantha Power also unmasked hundreds of Americans in Obama’s last year in office.

In fact, Samantha Power sought to unmask Americans on a near daily basis.

Congressman Nunes has been on the front lines accusing the criminal Obama administration of illegally unmasking Trump’s transition team and it looks like we may soon find out who targeted Flynn!

The Justice Department dropped its case against Flynn last Thursday after bombshell documents were released showing he was framed by the FBI.