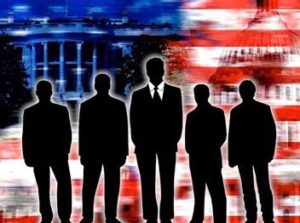 The DS never thought their identities would be disclosed. So many involved are trying to shift attention away from themselves because they know they are guilty of treason and under the US Constitution, the penalty for treason is death.

“Nothing can stop what is coming.” May 1, 2020, President Trump signed an executive order creating Law Day, reminding US citizens the Constitution is the final authority of our land. It will be used in cases around the country. Will corrupt politicians and the DS support the rule of law?  Will the media embrace and support it?

Projection is a powerful manipulative tool. The DS openly accuses their adversaries of doing exactly what they have been doing in secret.  Lying, crimes against humanity, misleading Congress, cheating in the elections, collusion, etc., have all been thrust on Trump, Flynn, Barr, Huber and others.

The difference is, the Patriots have documented proof these crimes were committed by the DS. The DS’s only proof are their lies.  Because of this, “Nothing can stop what is coming.”  The MSM, which is an arm of the Democrat party,  believe if they keep lying to their viewers, they may have a chance of surviving their charges of being complicit. It won’t work.

Barr knows the DS is after him, but what can they expose? What proof will they have against him? When exposure comes, Barr will be ready with all the declassified memo’s, transcripts and docs. It won’t end well for the DS.

When power resides not with the publicly elected representatives but with private individuals who are exercising power behind the scenes, beyond the scrutiny of democratic institutions, this is called a Shadow Government. According to this, the official elected government is subservient to the shadow government which is the true executive power. This is what Trump has been fighting against, the president vs non elected officials who are controlling the system. We also call them the Deep State (DS).

The CIA is the shadow government trying to regain control by pushing their agenda through congress and the MSM. They had full control but lost it when Trump became president and are desperately trying to get it back.

The FARM is in reference to those trained in the corrupt CIA and planted in and around our government. Many journalists including Anderson Cooper are ‘plants.’ George HW Bush was head of the CIA during the time he was also President of the US.  Many congressmen and women are plants. This is how the DS retains its overall power.

Why did Obama, Coates, Mueller, Vindman, Pelosi, Schiff, Soros, and countless others shadow POTUS? Who are they trying to protect? When all of this is exposed, this story will go down as the greatest political scandal in history. All those at the top who we don’t know, are the invisible enemy. Indeed, we have heard that phrase coming from our POTUS. He knows the invisible enemy is more than just a virus.

The truth is coming out. #ObamaGate has been trending on Twitter and everyone is looking in to it. The DS is panicked because nothing can stop the truth. Nothing!