A Trap Was Set For The Deep State, The Patriots Have Pushed Them Into A Position Exactly Where Their Crimes Can Be Exposed 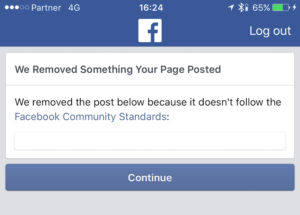 Monday, July 27, 2020, a group of doctors spoke to the public about the healing properties of Hydroxycloroquine. They have documented proof based on their own practice.  The video went viral, and after 14 million views, the most trending video on Facebook for the day, within a matter of a few hours, censorship showed it’s biased head and the video was gone.

In fact, videos on Facebook, Twitter and YouTube were taken down as well as accounts being suspended. In spite of how it looks, this was all part of the Patriot’s plan. The Mainstream media, the corrupt politicians, social media platforms, the DS players, all at once, are being exposed for their biased.

X22’s report, 2234b was removed by YouTube. They also removed Don Jr.’s retweet about the summit of these doctors. They also suspended Sidney Powell’s twitter account, Gen. Flynn’s lawyer, just for retweeting this summit report.  Class action lawsuits for trillions which will bankrupt these organizations.

Did Joe Biden agree to debate Donald Trump? Case Western Reserve University in Cleveland is said to be the location and will be co-hosted by the Cleveland Clinic. Why was a clinic chosen? If Biden’s health becomes unstable will they have personnel on staff to tend to his needs? Most likely.

What we have all been waiting for… Biden’s choice for Vice President! He will be making this announcement next week. Who will it will be?

Information is being dripped out, letting people know what has really been going on. Spying on General Flynn, President Trump, Ghislaine Maxwell, treason, sedition, how they had planned to take down a president, and crimes against humanity; are all being exposed.

Ghislaine Maxwell’s attorney is trying to keep very sensitive information out of the public eye including lewd photos and videos. Is it possible we may recognize individuals who are in these photos? Remember,  the Patriots have it all!

Her defense team is trying to redact images but we know about 80 pages will be released to the public. Once people read a little bit about these crimes, they will want to read it all! When this happens everything will fall apart for the DS players.

Because Bill Barr is the top dog in all this, if he is not removed by the DS they are finished. This is why they kept ‘reclaiming their time’ and would not let Barr answer in yesterday’s briefing. They are trying to sway public opinion to make him look like a crook. He just sat there calm, cool and collected. Does he have something up his sleeve that the DS does not know about?

When Trump had the presser, the pharmaceutical personnel refused to meet with him. They don’t want any part of having it be a benefit for the people. They never have. Our president loves America and he loves Americans.

HCQ also acts like a vaccine. It protects us. We know the media/DS who is responsible for spreading fear. From day one, we have been told by the media, it will kill us; that it’s bad for our heart but the opposite is true. This is what they don’t want us to see because it would eliminate the need for mail in ballots.

The media still want to vote by mail because its’ too risky to go to the ballot booth. They are already saying the votes won’t be counted by election night, that it will take longer. What are they planning to do with the ballots, swap them out? Of course they are! It’s time to hold them accountable.

We have a licensed doctor who used it on patients and is reporting her findings.  HCQ cures COVID. If there is no COVID, we don’t need vote-by-mail. No vote-by-mail, then the DS can’t cheat. They have no way of beating Trump. This is it… They don’t care about the American people. They never have. It’s all about winning the election. 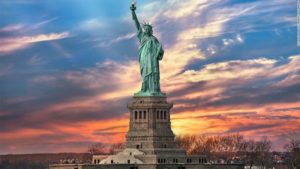 All that we see coming from the media, the lies, the cover-ups, the spun stories, are all part of the Patriot’s plan to expose the Deep State. Only then, can the sleeping masses be awakened. We must keep the talking points moving. We must keep sharing what we have learned. Post memes. Post truths. Fly Old Glory!

We are Digital Soldiers on the front lines called to fight for our country, to save America. She is counting on US!