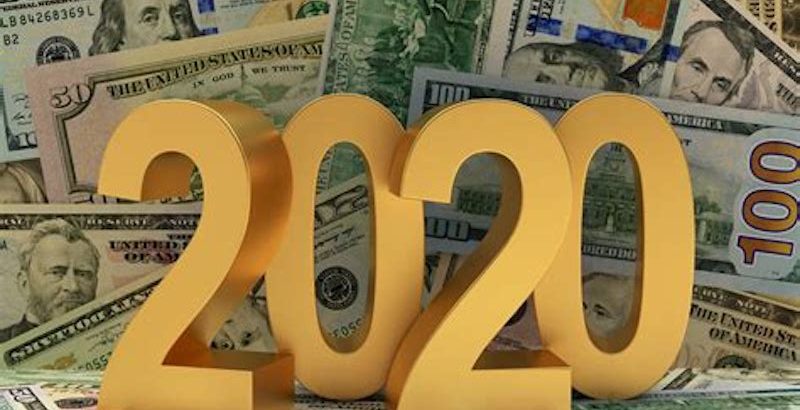 Is The U.S. Federal Debt Clock Erasing Debt? Is the Value of Gold & Silver Skyrocketing?   See For Yourselves! YOU DECIDE…

On July 7th, 2020, the United States Debt Clock began doing something quite odd. Almost as though in a scene from Back to the Future, the U.S. Debt Clock actually began moving backwards. Does USDebtClock.Org, appear to be moving in reverse? Is it just telling us that millions are still unemployed … or could it be for another reason?

In January of 2020, Americans learned of the deadly outbreak called COVID-19. Many who tested positive for the virus, either experienced no effects from it, healed from it, or sadly died from it.

President Trump quickly closed our borders to foreigners as to not further spread the disease; a brilliant move, not supported by the Democrats. Unfortunately, a nursing home in Kirkland, Washington, became ground zero for the disease spreading this strain of the coronavirus in the U.S. to the elderly.

In March, state governors, mayors and other officials began closing their states which included almost all local small businesses.

In April, President Trump encouraged governors to begin opening their states as death tolls were in decline. Several followed suit, but many remained closed as the media kept instilling fear into the public so to keep the economy shut down.

Could unemployment be why the U.S. Debt Clock is plunging or has the dubious speculation of NESARA actually begun?

On December 23, 1913, The Federal Reserve, a privately owned banking system, was established in spite of much resistance from the U.S. Government. Three of the most affluent men of their time, all vehemently opposed a Federal Reserve banking system…Benjamin Guggenheim, from a very prominent mining family; Politician, Isador Strauss, leader of Macy’s Dept. Stores; and John Jacob Astor, a wealthy inventor.  The three men’s wealth combined was estimated at $500 Million which today would measure around $11 Billion.  These men were so rich, they could not be bribed.

On April 15, 1912, all 3 of these men died a tragic death, when the ship they traveled on hit an ice berg and sunk into the North Atlantic Ocean. Coincidence? The Rothchilds, the Rockefellers found a convenient way to push for a new banking system. With their money and power, the U.S. Congress was by-passed and ‘The FED’ was created illegally and unconstitutionally. Today, it is still illegal and unconstitutional.

Soon after, these very powerful and wealthy families convinced world leaders to implement overtaxation, the Internal Revenue Service, the Federal Reserve, and international wars in order to line their own pockets; rid the world of over-population, the middle class, and ultimately freedom, all trying to make way for a One World Government; a New World Order.

President Trump ended the Fed and handed power back to the people. On March 27, 2020, Q post 3904 stated that “The Patriots Are Now In Control of the Federal Reserve System.”

In 1913, the dollar-to-gold ratio was $28.99/oz.  As I was researching money market websites, looking for verification on closing Gold numbers and consistency with Gold prices, I was perplexed as to why all of these money market websites reflected the closing prices of gold as in the high $1,700/oz price range, yet according to the U.S. Debt Clock, Gold was reflected at $31,000+/oz. Has the U.S. Debt Clock been compromised? Is there a secret operation underway which will benefit U.S. Citizens after all these years? 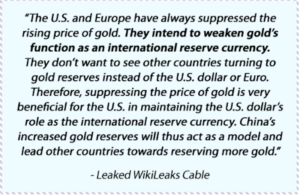 In 5 days, nearly a trillion dollars in tax revenue has been depleted. How do we make sense of this?

On the U.S. World Clock it is important to note the National and International debts are rising. Every GDP (Gross Domestic Product) amounts are plummeting except for the United States? Why is that?  For the U.S.’s GDP numbers to increase and every other country’s GDP number to decrease, clearly states something unusual is taking place. Was Nesara actually implemented and we are simply waiting for an announcement?

To know how this is relative, we’d have to understand the benefits of NESARA. What exactly is NESARA and if it is true, does it have the ability to play itself out?

NESARA is a reformation act set to bring our country back under Constitutional Law. Does this mean we have been the subject of UN-constitutional finance obligation our entire lives?

This tax revenue has been illegally placed on the American people. Have we actually been enslaved, working to line the pockets of the world powers? Has their delight been in oppressing those of us who finance them in our hardship?

Due to COVID-19, and with the economical collapse, April 15th, tax day, was pushed back 3 months to July 15, 2020. As this date is fast approaching, why have we not heard any more about needing to pay our taxes by this date?

President Trump has stated many times,  ‘America first through law and order.’ Could we be seeing this play out in real time? What are your thoughts?

As Anons, we are encouraged  to use critical thinking skill, research and dig until we find truth too impossible to ignore. Will all this illegal taxation we’ve ever known, be restored to us? Will the burdensome IRS truly be gone from our lives for ever?  Only research and time, will tell.