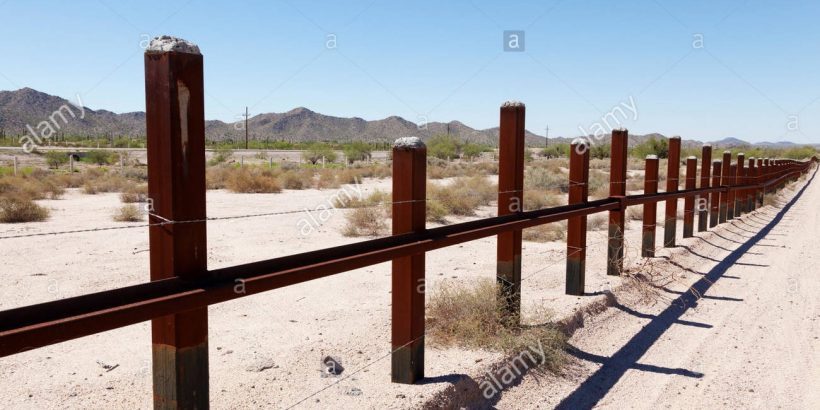 “That’s what scares me about this whole thing,” he told The Epoch Times on Feb. 15. “Though I believe politics has no business in policing, it sure has an effect on the border.”

Biden has also pledged to bring in 25,000 asylum-seekers who are waiting in Mexico for their immigration case to be adjudicated under the Migrant Protection Protocols (MPP) program.

“The president’s view is that the approach of the prior administration was immoral, but also ineffective in terms of addressing the challenge—the many challenges of an outdated immigration system,” said White House press secretary Jen Psaki on Feb. 16.

However, Dannels says the “best border efforts we’ve ever had in the last three decades in Cochise County was over the last couple of years.”

Dannels said he’s concerned that border sheriffs are going to be sidelined during the Biden administration. He sits on the Homeland Security Advisory Council and was part of the Biden transition team for border issues. He was optimistic after the initial meeting about collaboration and other issues.

But he said he hasn’t been included in conversations about the impact of ending the MPP program, which he sees as one of the most effective policies.

On Feb. 19, the Department of Homeland Security will start to bring in 25,000 illegal immigrants who are part of the program.

“We’re going into Mexico during a health pandemic and bringing 25,000 over. It doesn’t make sense. It’s hypocritical,” Dannels said. “Either we’re in the middle of a health pandemic, or we’re not. Somebody in Washington, D.C., needs to make that decision.”

The message smugglers and cartels are receiving is that the border is “open for business,” and “that’s what’s scary to me,” Dannels said. Just last month, two illegal immigrants died when the vehicle they were in flipped as they tried to evade law enforcement. Another four people were in the vehicle.

“We need to have a secure border. The cartels are the only ones smiling right now, because they will benefit from this confusion,” he said.

“We’re going to keep doing what’s right, what the oath of office has us to do—and that’s to protect our citizens,” he said.

But with the new policies, he said he’s “not optimistic” that a border crisis won’t emerge of similar proportions to what occurred in 2019. Almost 1 million illegal or inadmissible immigrants were apprehended by border agents along the southern border during fiscal 2019.

“We’re going to have our hands full [this year],” Dannels predicts.

“We’ve been down this road before. For 37 years, I’ve worked this southern border, and I’ve seen the different leadership come into Washington, D.C. They bring their own ideologies, their own policies, and unfortunately politics becomes the driving force of this.

“And what happens is, the local communities are the ones that take the impact.”