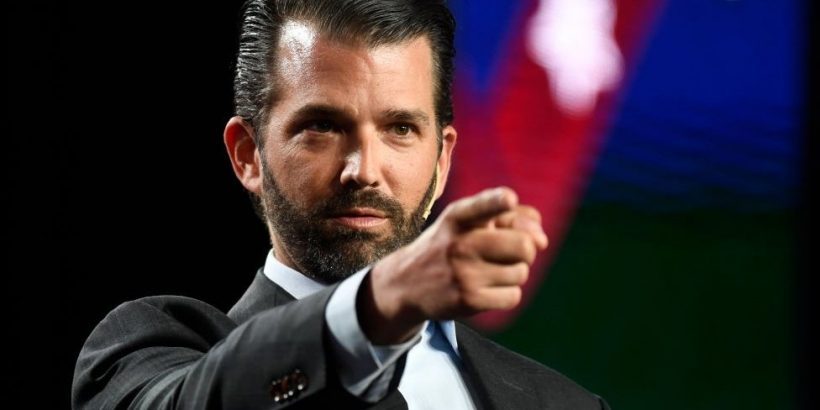 Former President Donald Trump will continue promoting an “America first agenda” after he was acquitted by the Senate, his son said Monday.

“The reality is this: He’s going to keep pushing that America first agenda, fighting for the American worker,” Donald Trump Jr. said while on Fox News’ “Hannity.”

“He’s going to be pushing for candidates who will do that, not the random establishment guys that have sat there for years and have done absolutely nothing and get just total support from the establishment base. We’re going to do exactly the opposite.”

Trump faced an incitement of insurrection charge after the House of Representatives impeached him on Jan. 13, but the Senate on Feb. 13 acquitted him.

But some GOP leaders, including Senate Republican Leader Mitch McConnell (R-Ky.), denounced the former president’s words and actions and have claimed he is no longer the head of the Republican Party.

Trump has vowed to campaign against some of the lawmakers who oppose him, including Sen. Lisa Murkowski (R-Alaska).

Trump Jr. asserted that his father brought the conservative movement “from the dead back into real life” and pointed to a surprise appearance in West Palm Beach that drew chants and cheers from a thousands-strong crowd earlier in the day.

“This is totally organic,” he said, adding, “It just shows that the American people are with Donald Trump.”

“It was so heartwarming to see that spirit that we know exists with the American public, for someone that they know represents them, fights for them, for their values, for their jobs,” he said, before taking aim at President Joe Biden.

“And I wrote a little book about liberal privilege. And all of the things that I talked about are exactly the thing that Joe Biden’s doing, which is exactly the opposite: crushing American jobs, crushing the blue collar worker, catering only to the teachers union, they dictate science today.”

The appearance came as speculation builds that another Trump family member, daughter-in-law Lara Trump, may jump into the race to succeed Sen. Richard Burr (R-N.C.). Burr, who is retiring after his term is up in two years, was one of the Republicans who voted to convict Trump; he was censured for the vote late Monday.

A former Trump adviser told The Epoch Times that Lara Trump “would immediately galvanize conservative support, and not just because her last name is Trump.”

“If Lara decides to run, she will trample the competition in a Republican primary. It won’t be close,” a former White House official added.