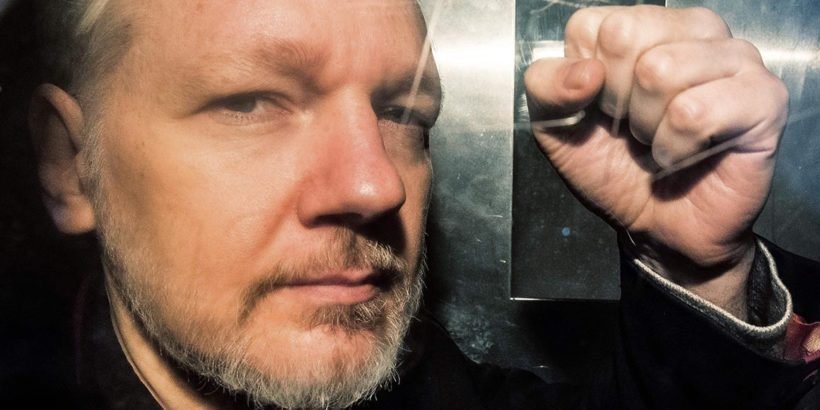 The Justice Department has decided not to charge Julian Assange for his role in exposing some of the CIA’s most secret spying tools, according to a U.S. official and two other people familiar with the case. It’s a move that has surprised national security experts and some former officials, given prosecutors’ recent decision to aggressively go after the WikiLeaks founder on more controversial Espionage Act charges that some legal experts said would not hold up in court.

“There is no question that there are leak cases that can’t be prosecuted against the leaker or the leakee because the information is so sensitive that, for your proof at trial, you would have to confirm it is authentic,” said Mary McCord, who was acting assistant attorney general for national security at the Justice Department until 2017. “So the irony, often, is that the higher the classification of the leaked material, the harder it is to prosecute.”

So instead, the Justice Department will go after Assange on the one count for allegedly assisting Manning and the 17-count Espionage Act indictment. There are no plans to bring any additional indictments prior to his extradition.

While the Manning leak indictment was an expected move, the Espionage Act charges startled the legal community as a potential precedent-setting action. Traditionally, the law has been used to punish government officials who reveal classified information, not the journalists or foreign nationals who publish the information. Press freedom activists immediately warned that the case could criminalize everyday journalistic behavior, such as soliciting sensitive information from government sources.

Federal officials insist they have a strong case, arguing that Assange is not a journalist and intentionally published the names of confidential sources in war zones over the objections of national security officials.

Still, just several months ago, numerous experts felt confident that prosecutors would also hit Assange with charges over Vault 7. Prominent national security journalist Marcy Wheeler predicted in Februarythat DOJ would “very clearly go after Assange” for the Vault 7 disclosure, and that a sealed indictment against him in the Eastern District of Virginia was likely related to that leak — the CIA is, after all, headquartered in Virginia, as ABC noted. Assange himselfreportedly expressed concern that prosecutors would charge him with crimes related to Vault 7.

DOJ has charged one person in the Vault 7 theft. A former CIA employee, Joshua Schulte, was indicted for transmitting the Vault 7 documents to WikiLeaks. He has pleaded not guilty and his trial is set for November. In April, prosecutors in his case asked the judge to keep the search warrants confidential because disseminating them could “impede ongoing investigations,” prompting more speculation over potential charges against Assange.

“Going after Assange for the Vault 7 leak would seem to involve more serious misconduct and have fewer” press freedom implications, said Carl Tobias, the Williams Professor of Law at the University of Richmond Law School in Virginia. He noted that authorities have mechanisms, like redaction and judge reviews, to protect sensitive information.

But prosecutors have not accused Assange of coaxing Schulte to release the CIA tools, as they allege Assange did with Manning. According to court documents, Assange asked Manning for specific classified documents and advised her on how to hack into a government computer.

Manning is in jail over her refusal to testify before a grand jury in the Assange case. Her lawyers have argued that if the Justice Department does not intend to bring further charges against Assange, the previous need for her testimony should be rendered moot.

“If indeed the government has concluded their investigation, then there is no further need to coerce her compliance with the grand jury, and thus, there can be no legitimate ongoing reason to hold her in contempt,” Moira Meltzer-Cohen, an attorney for Manning, told POLITICO. “If the investigation has ended, then Chelsea must be released.”

The exposed documents describe how the CIA’s secretive Center for Cyber Intelligence developed malware, viruses and weaponized “zero-day” exploits, or flaws in technology like smartphones and internet-connected TVs that are not yet known to the manufacturer.

Legally, the CIA can use these cyber weapons only against foreign targets, not against U.S. citizens. But WikiLeaks said at the time that it was given the documents by a former U.S. government hacker or contractor concerned about “whether the CIA’s hacking capabilities exceed its mandated powers.”

Assange’s release of the Vault 7 tools jeopardized a potential immunity deal that law enforcement officials had been weighing for him in early 2017 in exchange for his testimony about WikiLeaks’ ties to Russian intelligence officers, according toThe New York Times.