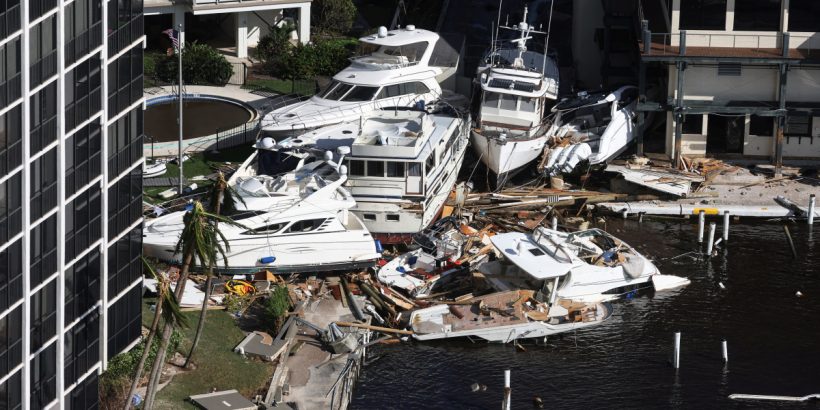 The head of Florida’s Division of Emergency Management said Hurricane Ian left at least 21 people dead in the state, although that figure is expected to climb as search and rescue efforts continue.

Florida Division of Emergency Management Director Kevin Guthrie told reporters in Tallahassee that there was one confirmed death in Polk County, 12 unconfirmed deaths in Charlotte County, and eight in Collier County. The state is monitoring possible deaths reported in Lee and Volusia counties as well as vehicle deaths in Lake and Putnam counties, he said.

“People die in disasters that have nothing to do with a disaster,” he told reporters. “The medical examiner is the one that makes that determination. They are the lead agency at the local level to determine when they investigate that this is either disaster-related or not disaster-related. ”

Gov. Ron DeSantis said that so far, more than 700 people have been rescued after the storm hammered Florida’s western coast on Wednesday. More than 1,000 search-and-rescue personnel are working across the state, he confirmed.

The powerful Category 4 system made landfall near Sanibel Island and Fort Meyers with winds in excess of 150 mph. More than 10 feet of storm surge inundated those areas, leveling entire neighborhoods and even destroying a large causeway bridge that connects Sanibel to the mainland, photos show.

“You see the really troubling images of washed-out homes on the Fort Myers beach and that really is ground zero and obviously very important, but this was such a big storm that there are effects far inland and these rescue personnel are sensitive to that and they’re going to be helping,” the governor said.

The hurricane tore through the park of about 60 homes, leaving many destroyed or mangled beyond repair, including William Goodison’s single-wide home. Wading through waist-deep water, Goodison and his son wheeled two trash cans containing what little he could salvage—a portable air conditioner, some tools, and a baseball bat.

The road into Fort Myers was littered with broken trees, boat trailers, and other debris. Cars were left abandoned on the road, having stalled when the storm surge flooded their engines.

Lee County Sheriff Carmine Marceno said his office was scrambling to respond to thousands of 911 calls in the Fort Myers area, but many roads and bridges were impassable.

Ian was downgraded to a tropical storm on Thursday as it carved through Florida before emerging in the Atlantic Ocean. It re-strengthened into a Category 1 hurricane later that day and is expected to track to the northwest and make a second landfall on South Carolina’s coast later on Friday, according to the National Hurricane Center (NHC).

An 11 a.m. Friday update shows that hurricane warnings are in effect for all of South Carolina’s coast, a small portion of Georgia’s northeastern coast, and a piece of coastline in the southern portion of North Carolina.