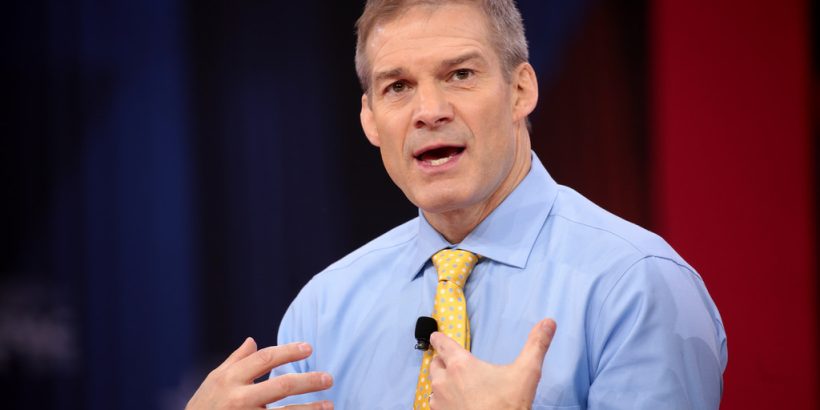 During an interview on Thursday night, Rep. Jim Jordan (R-Ohio), the ranking member on the House Judiciary Committee, said that he believes FBI whistleblowers who have exposed the politicization and weaponization of the Bureau in recent weeks have been subject to “retaliation.”

House Republicans have been investigating “serious allegations of abuse and misconduct within the senior leadership of the Department of Justice and the Federal Bureau of Investigation,” Jordan explained.

“During the course of this investigation, we have received protected whistleblower disclosures that the FBI is engaging in a ‘purge’ of employees with conservative views by revoking their security clearances and indefinitely suspending these employees,” Jordan wrote in a letter to FBI executive assistant director of the Human Resources branch, Jennifer Moore. Jordan notes in the letter that “many of the formal notices” for those personnel actions had been signed by Moore.

Last year, the administration came under fire for using the resources of the Department of Justice to target angry parents at school board meetings and treat them like domestic terrorists. Merrick Garland authorized the FBI to investigate parents who protested school board meetings, alleging a “disturbing trend” of teachers being threatened or harassed. However, PJ Media’s Megan Fox looked into those allegations and concluded that they’re mostly bunk.

Whistleblowers have exposed those efforts by the Justice Department to treat concerned parents as domestic terrorists as well as the FBI’s cover-up of the Hunter Biden laptop story, the manipulation of J6 cases to suppoHouse Judiciary Committee, rt the political narrative pushed by Joe Biden that domestic extremists are a major problem in the country, and other troubling allegations against the department.

“As we informed Director Christopher Wray, we take whistleblower retaliation seriously and we therefore require that you appear for a transcribed interview as soon as possible,” Jordan wrote to Moore.

“You don’t retaliate against whistleblowers,” Jordan told Fox News Digital. “We’ve had multiple agents come to us and tell us about just how political the Justice Department has become.”

The FBI disputes the claims. “The FBI does not target or take adverse action against employees for exercising their First Amendment rights or for their political views; to allege otherwise is false and misleading,” an FBI spokesperson told Fox News. “The FBI is required to follow established policies and procedures, to include a thorough investigation, when suspending or revoking a security clearance.”