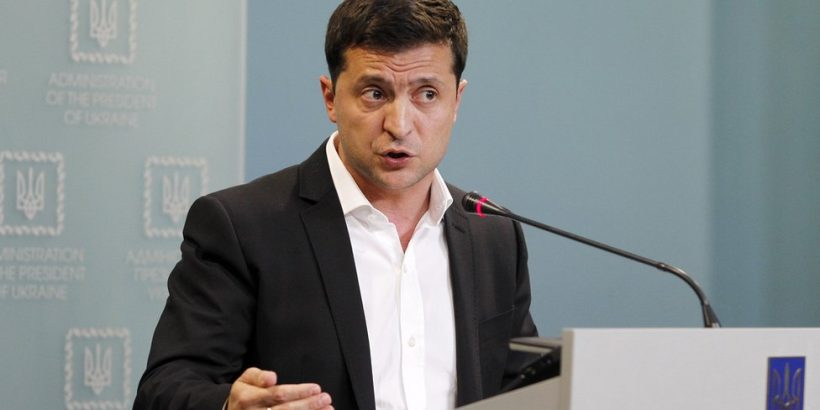 In a statement, Zelensky called Ukraine and NATO “de facto” allies and said his country would seek formal membership in the alliance.

“De facto, we have already proven interoperability with the Alliance’s standards, they are real for Ukraine — real on the battlefield and in all aspects of our interaction,” Zelensky said.

“Today, Ukraine is applying to make it de jure. Under a procedure consistent with our significance for the protection of our entire community. Under an accelerated procedure,” the statement continued.

Putin on Friday signed four “ascension treaties” to annex the Donetsk, Luhansk, Kherson and Zaporizhzhia regions of Ukraine after holding referendums in the area decried as “sham” elections by the West. Moscow, however, claims the territories want to be apart of Russia.

The plan elevated the stakes of the war, which Putin is desperate to turn the tide in amid recent gains made by Ukraine in its counteroffensive.

Ukraine has sought to join NATO since Russia’s annexation of the Crimean Peninsula in 2014, something Moscow has fought against. While the alliance has stepped up its military support for Ukraine, Zelensky in March conceded that his country was unlikely to join.

Zelensky’s statement Friday didn’t make clear when exactly Ukraine would file for NATO membership. However, it acknowledges that all members of the alliance will have to approve of its bid.

But the statement said it was possible for Ukraine to join under an accelerated procedure, as Finland and Sweden started its accession into the alliance this year under the same process.

“Security has no alternatives. But determination is needed to guarantee it. We are taking our decisive step by signing Ukraine’s application for accelerated accession to NATO,” Zelensky said.