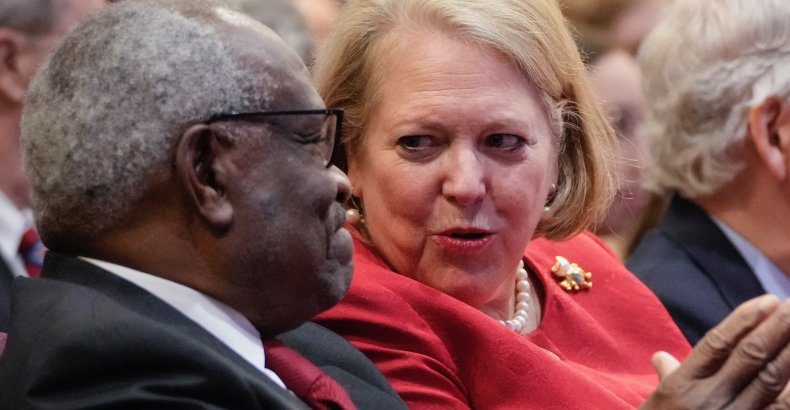 Liz Cheney and the January 6 Committee recently came to an agreement with conservative Ginni Thomas to be interviewed in their ongoing witch-hunt.

In June the J6 Committee sent Thomas a letter requesting her appearance.

In July Virginia “Ginni” Thomas‘ lawyer sent a response to the sham January 6 Committee, one week after they formally requested her testimony.

Thomas’ lawyer, Mark R. Paoletta, said he does “not understand the need to speak with Mrs. Thomas” and indicated she is willing if they can provide further information regarding their intentions.

On Thursday Ginni Thomas testified before the sham committee and told them the election was stolen.

Ginni Thomas is no wilting flower. And she does not waiver in her beliefs.

This must have infuriated the demons in the room.  Mediaite reported:

…“Can we say how remarkable it is to see that picture of the wife of a Supreme Court justice coming in to testify for the Jan. 6th committee?” Gangel noted. “We have learned that she had a prepared statement, in fact, at the top of the interview, in which she made clear she addressed her that election activities were separate from her husband’s.”

“We are told that she cooperated, that she answered every question. But also told reporters that she still believes the election was stolen, Jake. So after everything we know, Ginni Thomas is still an election denier,” Gangel added…

…Gangel said Thomas remains committed to her belief the election was not fair, and Trump was the rightful winner of the election.