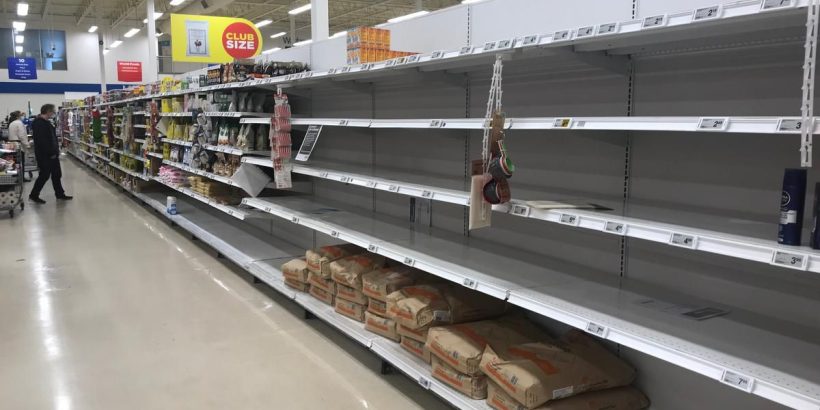 President Joe Biden said on Wednesday it was unlikely his administration would be able to bring down the cost of inflation, including gas and food prices, any time soon.

The national average gas price reached a new record on May 17 at $4.67 a gallon, which is 45 cents higher than the price one month prior, and $1.58 more than a year ago, according to American Automobile Association.

“The idea we’re going to be able to, you know, click a switch and bring down the cost of gasoline is not likely in the near-term, nor is it with regard to food,” Biden told reporters at the White House on June 1. He cited the war in Ukraine that has trapped the country’s wheat exports as an external cause for inflation.

“We can’t take immediate action that I’m aware of yet to figure out how we’re bringing down the prices of gasoline back to $3 a gallon,” said the president. He also flagged that Washington would impose a price cap on certain Russian crude sales as Europe moved toward cutting down purchases of Russian oil.

It came as prices are now above $4 per gallon in all 50 states, with seven states seeing prices exceeding $5 per gallon.

Yet lower costs to “compensate” families is still achievable, according to the president. “There’s more than one way to maintain the standard of living for people,” he said, referring to federal funding for prescription drug costs and child care, as well as plans to shrink the deficit by taxing the rich.

“At the same time, by increasing the tax rate that should go up on some corporations that are paying no taxes at all […] pay a minimum tax—and the very wealthy,” he added. “It’d reduce the deficit even further, and it would provide relief for families.”

But Treasury Secretary Janet Yellen said in a recent interview that Biden’s $1.9 trillion American Rescue Plan did contribute to inflation, as the government’s spending campaign “did feed demand.” She said inflation, which is at a 40-year high, is an unintended consequence of the Biden administration attempting to avoid a sharp economic downturn and facilitate full employment.

Polls also show over a third Americans blamed Biden and his policies for triggering inflation. Such concerns were also echoed by lawmakers, economists, and market experts who had raised concerns over his stimulus and relief efforts as early as when Biden took office—yet denied by the administration.

Once prices were elevated, the Oval Office parroted the Fed and claimed that it would be transitory. By the end of 2021, Biden insisted that inflation had peaked.

Yellen told CNN on Tuesday that she was “wrong” last year when she initially said that inflation posed only a “small risk.” “There have been unanticipated and large shocks to the economy that have boosted energy and food prices and supply bottlenecks that have affected our economy badly,” she said.

High consumer prices have turned out to be a top priority ahead of the November midterms for Biden, who asserted Wednesday that his administration’s efforts to keep gas prices from running even higher.

Last week, Biden’s top economic adviser, Brian Deese, played down the risk of a recession despite growing warnings from banks and economists that the U.S. economy could be heading into recession in the next 12 to 24 months.

The economic hardships, however, are far from the only near-term anxieties faced by Democrats, who would lose one or both chambers of Congress this fall over its dealing crisis such as Ukraine war, border security, and the baby formula shortage.