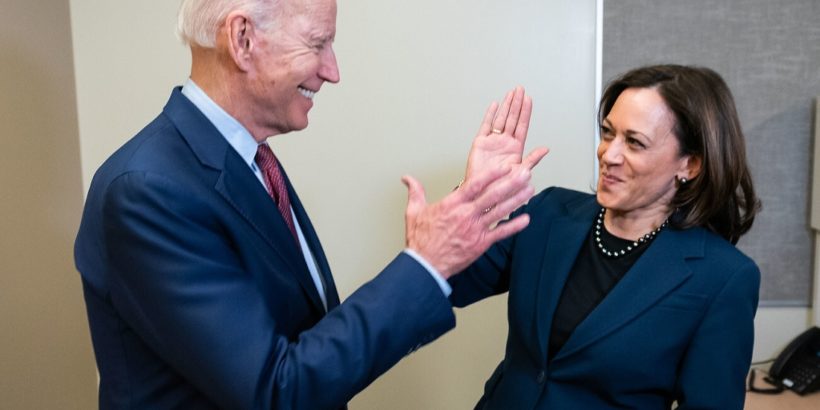 The Texas Political Director of the Joe Biden campaign, has been formally charged for helping to run an illegal ballot harvesting operation, according to two separate affidavits filed Monday at the Texas Supreme Court.

Two private investigators, including a former FBI agent and former police officer, testify under oath that they have video evidence, documentation and witnesses to prove that Biden’s Texas Political Director Dallas Jones and his cohorts are currently hoarding mail-in and absentee ballots and ordering operatives to fill the ballots out for people illegally, including for dead people, homeless people, and nursing home residents in the 2020 presidential election.

The affidavits were filed as part of the class-action lawsuit against Harris County and the state of Texas, filed by citizens, called Steven Hotze, M.D. et al. Journalist Patrick Howley of NATIONAL FILE has exclusively obtained this testimony and much more evidence will be coming out in the case. Dallas Jones was named the Biden campaign’s Texas Political Director in early September.

HERE IS THE AFFIDAVIT OF PRIVATE INVESTIGATOR AND RETIRED HOUSTON POLICE OFFICER MARK A. AGUIRRE, SUBMITTED UNDER OATH. READ IT HERE: AFFIDAVIT OF MARK A. AGUIRRE “My name is Mark A. Aguirre. I am above the age of eighteen years and am fully competent to make this affidavit. The facts stated in this affidavit are within my personal knowledge and are true and correct.

“I am a retired captain with the Houston Police Department I am now a private investigator.

“I am currently involved in an investigation related to a wide-ranging and fraudulent ballot harvesting scheme in Harris County intended to rig the elections in the Houston/Harris County area. This scheme involves voter fraud on a massive scale.

“Based on interviews, review of documents, and other information, I have identified the individuals in charge of the ballot harvesting scheme. These individuals includes political consultant Dallas Jones who was recently hired by the Joe Biden for President campaign to oversee their Harris County initiative. District 13 Texas State Senator Borris Miles, who is the handler of Mr. Jones, political consultant Gerald Womack, and Precinct 1 Harris County Commissioner Rodney Ellis. One of the companies these individuals are using as a front for this operation is AB Canvassing, although there are others that have been identified that we are investigating.”

“I have in my possession video-taped interviews of witnesses attesting to the aforementioned people having groups of people completing thousands of absentee and mail-in ballots, including completing ballots for deceased individuals; illegally going into nursing homes, with the complicity of the nursing home staff, and filling out and forging the signatures of nursing home residents; signing up homeless individuals to vote using the ballot harvester’s address then completing the ballot and forging the homeless individual’s signature.

“This entire operation is being run by the elite politicians of the Democrat Party m Houston/Hams County. FURTHER AFFIANT SAYETH NOT.

“My name is Charles F. Marler. I am above the age of eighteen years and am fully competent to make this affidavit. The facts stated in this affidavit are within my personal knowledge and are true and correct.”

“I formerly worked for the Federal Bureau of Investigations where I was an Investigative Specialist conducting undercover operations on espionage and terrorist targets. I am now a private investigator.”

“During my investigation, a core group of names continued to surface regarding the organization and operation of the voter fraud scheme. Witnesses have stated to me that Precinct 1 Harris County Commissioner Rodney Ellis and District 13 Texas State Senator Borris Miles are leading the illegal ballot harvesting operation in Harris County, Texas. Their chief lieutenants are Houston businessman Gerald Womack and political consultant Dallas Jones who work directly under them in executing the ballot harvesting operation in Harris County, Texas.”

“Witnesses have shown me and described to me how the ballot harvesters take absentee ballots from the elderly in nursing homes, from the homeless, and from unsuspecting residences’ mailboxes. The ballot harvesters then complete the ballots for their preferred candidate and forge the signature of the “voter”. Two witnesses stated to me that there are two individuals employed at the Harris County Clerk’s Office who are aware of the illegal ballots and help facilitate and mask the processing of the ballots into the legal stream of ballots.”

“I have been made aware of a law enforcement investigation in the Spring of 2020 regarding illegal ballot harvesting. Several interviews of individuals were conducted. After the interviews became public, former Harris County Clerk Diane Troutman, resigned alleging health concerns due to COVID-19. However, witnesses have told me that Ms. Troutman was arguing with Commission Rodney Ellis about the legality of the mass purchasing and mailing of mail-in ballots and that Troutman was concerned she would be included in the eventual arrest pertaining to illegal ballot harvesting. Instead of coming forward and exposing the scheme, Ms. Troutman abruptly resigned. Witnesses have stated that Commissioner Ellis was not deterred and continued to move forward with the plan to mass mail ballots and expand the illegal ballot harvesting scam. Another witness stated to me that an employee of Commission Ellis, Tyler James, has bragged that he could guarantee that the illegal ballot harvesting operation, with the help of mass mail-in ballots, could harvest 700,000 illegal ballots.”

Here Is The GoFundMe Page for the ongoing private investigation which is working with law enforcement. Texas Attorney General Ken Paxton recently announced 134 felony charges against four defendants stemming from an alleged 2018 Democrat primary scheme to use fake disabilities provide mail-in ballots to people who were not disabled. The Democrat claim that fear of Coronavirus constitutes a disability has been only partially successful in Texas. Harris County is sending mail-in ballot applications to county voters 65 and over, so nursing homes remain a hotspot for potential fraud.

Citizen journalist Colleen Vera has discovered evidence of what appears to be a massive voter fraud ring operating in the state of Texas involving mail-in voting and Democrat political campaigns. Evidence presented below includes a video of a Democrat campaign surrogate harvesting mail ballots from a nursing home, audio of a Democrat campaign worker admitting to harvesting ballots from a nursing home, and mail-in ballots from Harris County that all have the same handwriting and envelope process.

Vera alleges that the campaign of Democrat Congresswoman Sheila Jackson Lee recently paid two convicted forgers, and that other Democrat campaigns have also paid convicted forgers for canvassing efforts. I spoke to Collen Vera regarding her findings as well as longtime Democrat Party operative Gerry Monroe, who knows full well what is happening in Harris County:

After the 2016 Democratic Primary, a candidate for Harris County Constable (Pct 3), Jasen Rabalais, filed a lawsuit claiming that a campaign worker for another candidate,Michel Pappillion, “deliberately falsified, illegally completed or unlawfully influenced the ballots and early voting applications of elderly residents in Harris County.”

The lawsuit was dismissed. But the following audio tapes had been made by the  Rabalais campaign  after he found out that an “alleged harvester” was working for an opponent’s campaign.

Then during the 2018 Primary, the following video was posted by Direct Action Texas. It appeared to show a campaign worker for Texas State Rep Harold Dutton Jr harvesting ballots of 400 elderly voters.

After viewing the video, I decided to do some research. I figured, if there was any evidence of mailed ballot voter fraud to be found in Harris County, the more recent one – Dutton’s race – was the best place to start.

I filed a request for public information covering the 1359 voters who voted by mail in Harold Dutton’s race. I requested electronic copies of the voters’:

My first thought was to match each voter’s mailed ballot application with the voter’s ballot envelope and compare signatures to find those which may not match. But as I reviewed the documents, something else jumped off the page…

32 hand written applications for mailed ballots – all from different voters – but all written in the exact same handwriting.

Looking closer, something else jumped off the page.

All 32 returned their application for a ballot by mail in the same pre-printed envelope with the same style stamp.

30 ballots from Precinct #259 – in which the voters voted for ALL the same candidates – and they ALL used the same style “X” to mark their ballots.

…I filed another public information request and received a handwritten sign out sheet for persons who had picked up packages of 50 or more applications for mailed ballots in 2018. Two concerning issues from that list.