The Patriots Are Hitting Back Hard!
Counter-measures Are In Place.
Justice Will Prevail! 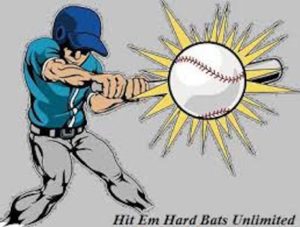 The Patriots are hitting back hard. General Flynn is going to go free. He knows where all the bodies are buried!

Once all charges are dropped, Flynn can speak freely. He knows everything that has happened. It seems things are getting closer to this.

We have been told by our favorite Patriot Intelligence Insider, that in 30 months, Flynn will go free. The DS wanted to keep Flynn quiet during this whole ordeal. They thought Mueller would show Trump colluded with Russia, they would take Flynn down and it would be done.

Then things began to crumble when the  Mueller report indicated no Russian Collusion. The Flynn case crumbled due to the Brady evidence showing Flynn was blackmailed, using his son. All the text messages show the DS never had a case, they knew it, yet they pushed it forward, anyhow.

Kevin Clinesmith altered an e-mail so he could get a FISA warrant against Carter Page. They wiped 27 phones hoping evidence would be lost forever. However, the NSA has everything! The truth is being revealed.

Obama gave the message to Sullivan to keep things moving clear up to the election. Will they be able to hold off until then?

Trump wanted to debate Joe Biden. He suggested Joe take a drug test and in return, Trump would do the same.  He wants to be sure Joe is well enough to debate. Joe announced he will NOT agree to take a drug test.  If Joe has nothing to hide, then why not? What is Biden Hidin’? Dementia meds.? HCQ?

Talking points of the New York Times article say Trump’s tax returns reveal he only paid $750.00 in taxes in 2016. Where did they get this info? Who had access to it?  The reality of the article states Trump paid into the U.S. Treasury, $1 million in 2016 and $4.2 million in 2017. Most of the over-payment was rolled forward, not refunded. The $750.00 story is a lie. The person who reported the story is either ignorant of the truth or they simply lied.

Trump was weathly before coming into the presidency. During his presidency, he chose not to take the $400,000 salary and his wealth is declining. He is not using the presidency to enrich himself.  Those Democrat Presidents came in to the presidency not being wealthy, but left VERY wealthy, many under the guise of book deals.

Trump knows his taxes are completely clean even though he is keeping them a secret for a specific reason. He is not breaking any laws by keeping them secretive. He’s going to use it against them in the very end.  This entire time, they fought to get Trump’s tax returns. Finally, a prosecutor in New York got them, they were leaked to the New York Times and they found absolutely nothing!

The media promised Trump’s tax return would show ties to Russia. This did not happen. Wasn’t it Hunter Biden’s tax returns that showed Russian ties?

The question looms… did the New York Times use this to sway elections? Is this election interference?

The social media giants (Facebook, Twitter, YouTube) are flexing their muscles to take down anything having to do with the election. Ballots are not being accurately counted. But they will take accounts discussing Ballot fraud or Election fraud down. Don’t expect any explanation.

Many lawsuits have been filed by Republicans and the Trump Administration against certain states where they want to extend the period of time where mail-in ballots can come in. It looks like the Appellate court has halted the Wisconsin ballot-counting extension.  Apparently, they wanted to extend the window of counting by six days but this has been reversed to a deadline of 8:00 PM on Election Day.

Canvassers demand answers after 72% of Detroit’s absentee ballot counts were off. Now it is being challenged.

In Ohio, signature-match was being challenged but a Federal Judge has ruled ballot signatures must have matching signatures in order to count. A win for the Patriots!

Amy Coney Barrett has been nominated and possibly will be voted in before the election.

The DS is trying to create chaos, manipulate the elections, so for a period of time, nobody knows who the president is.

James O’Keefe, from Project Veritas, just exposed a massive harvesting scheme in Minneapolis where certain individuals asking residents for their blank ballots in return for pay.  It appears to be in Ilhan Omar’s district. James O’Keefe has a whole video on this.

Trump’s campaign is suing certain states to stop them from allowing the mail-in ballots to come in after the due date and to stop harvesting.

In regards to COVID-19, scientists have been looking at research and are leaning toward many of the COVID-19 cases saying 9/10th’s may not be infectious at all! What? People may have fragments of the disease rather than the full blown infection.

Trump reported that Americans have taken 100 million tests! He’s reporting this to point out those who have been tested are not needing to be hospitalized.  Many people are not dying like the media is reporting. The recovery rate depending on age is 99.999 to 99.996%.  A very large percentage of people are recovering from the China virus.

James Comey was not questioned about his relationship with Peter Comey in his confirmation hearing. DLA Piper is the firm that performed the independent audit of the Clinton Foundation in November during Clinton-World’s first big push to put the email scandal behind them. DLA Piper’s employees taken as a whole represent a major Hillary Clinton 2016 campaign donation bloc and Clinton Foundation donation base.

James Comey’s brother, Peter Comey had an executive position with a Washington Law Firm that performed the audit for the Clinton Foundation in 2015. Peter Comey was officially DLA Piper’s, Senior Director of Real Estate operator for Americas in 2015 when the Clinton Foundation scandal first broke and Hillary was preparing her presidential campaign. 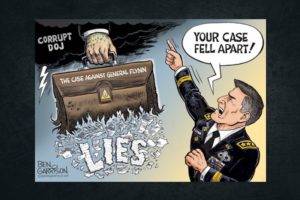 The New York Times, the mainstream media told us for 3 years that there was Russian collusion, Flynn was guilty and much more. Was all of it fake? Did they push conspiracy theories?  It’s quite humorous but they are trying to point us back to the MSM for truth. Will the Patriots buy it?

Now as the declassifed information comes out, we know the truth did not come from the media, but from the Patriot’s. Listen to what the Patriots say. Listen to President Trump. When Flynn is exonerated, be sure to listen to him. He knows where the bodies are buried! Patriots are in control!