Who Is Really Responsible For The Economy Going South? 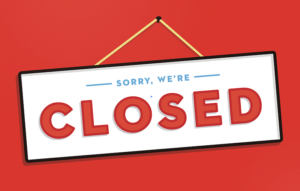 The Deep State, mainstream media, corrupt politicians believed they were in complete control. They thought they could sway the American people to believe Trump destroyed the economy. In the 1st Presidential debate, Biden said, ‘Look what you’ve done to the economy, you destroyed it!’

In reality, the governors and mayors of those states are responsible for the economy. They have either opened up or shut down all those businesses.

The DS thought they could use the downturn of the economy against Trump but people see that the governors in Democratic states (NY, WA, CA, MI, WI, OR, MN, VA, etc.) are the ones with the most shutdowns and violence in their streets. Didn’t Joe say during the debate he was the Democratic party?

The riots were not peaceful. The looting was illegal. Biden, Pelosi and the media pretended the riots didn’t exist, but Americans saw through it.

Judge Sullivan will delay General Flynn’s exoneration for as long as possible. We were hoping he would be ‘done in 30,’ but October 7th still fits into that time frame. Will the 302 be produced, soon? Who has been hiding it?

We have been scrutinizing Biden to be certain he wasn’t receiving any electronic communications of any kind during the debate. Yet, at the beginning of the debate, Chris Wallace asked Biden a question to which he replied, “Good luck!”  Why would Biden say good luck? Did someone say ‘good luck,’ in his ear and he just repeated it? At this point, we have no way of knowing, regardless, it was a very strange response at this point in time.

The media has a reputation for using commercial breaks to cut away from subjects they do not wish to cover. Trump knew during the debate, it would be a perfect opportunity to introduce certain subjects because there are no commercial breaks.

How did Biden deflect the question? Why did Hunter get discharged from the Navy Reserve?  Click here>Wall Street Journal Report.  How much did Hunter receive from Russia? What is Burisma? Why did China send Hunter on a $100,000 shopping spree? This should call into question … what has Hunter Biden been doing?

But Chris Wallace appeared to do everything possible to help Biden. He pushed hoaxes that have already been debunked; he transformed defund the police, to community policing; mentioned critical race theory… was it even true? When Trump pushed hard against Biden, Wallace stopped him. Why?  It seemed Trump was debating Biden and Wallace, in fact Trump called Wallace out on it.

Critical Race Theory is not ‘racial sensitivity training.’ This is what went on in the trainings:

Sohrab Ahmari tweeted,  ‘The trainers then ask “white managers” to create “safe spaces,” where black employees can explain “what it means to be black” and to be “seen in their pain.”  White staffers are instructed to keep silent and to “sit in the discomfort” of their racism.  If any conflicts arise, the trainers insist that whites
don’t get to decide when someone is being too emotional, too rash [or] too mean. “Whites are told they can’t protest if a person of color responds to their oppression in a way they don’t like.’

This unequal training is what Trump ended but in the debate, it was presented in a completely different way.

We know the media fans the flames that Trump is a racist and believes in white supremacy, but is it true?

*Chris Wallace asked, “Are you willing tonight to condemn white supremacists and militia groups…”
*Trump: “Sure..”
*CW: “And to say that they need to stand down and not add to the violence in a number of these cities as we saw in Kenosha, and as we’ve seen in Portland.”

We know ANTIFA was connected to Kenosha. We also know Kyle Rittenhouse was not connected to any group. He was there to help protect businesses. Yes, he had a weapon but used it for self protection. The videos are very clear.

*Trump: “Sure, I’m prepared to do it, but I would say almost everyting I see is from the left-wing not from the right-wing. I’m willing to do anything. I want to see peace….”
*CW: “Then do it, Sir.”
*Biden: “Do it, Say it!”
*Trump: “What do you want to call them? Give me a name.”
*CW: “What supremacists and right-wing militias.”
*Biden: “Proud Boys.”
*Trump: “Proud Boys, stand back and stand by. But I’ll tell you what, somebody’s got to do something about ANTIFA and the left.”

If Chris Wallace asked Trump about condemning the KKK and White Supremacy, why didn’t he ask Biden to condemn ANTIFA or the BLM? Just like the riots were not a myth, neither is ANTIFA. It’s real and it’s been called a terrorist group.

Here are some examples of fake talking points which came from Biden:

Fake: Biden says he’s promising the health-care plan since he got elected.
Fact: Biden has not unveiled his plan, therefore does not appear he has one.
Trump, on Sept. 24, 2020 unveiled his America First Healthcare Plan outlining key policies and reforms.

During the debates, people said, ‘this is so unpresidential and not how the debate is held! Let’s change the format. ‘  But, Americans don’t want another snake-oil salesman; a smooth-talker.  We want someone who fights for we-the-people!

Why did Trump win the presidency in 2016… because he acts like we-the-people, demands that our rights be restored, and challenges our rights when they are stripped and not restored. Law & Order!

Speaking of Law & Order, Trump wanted to bring up during the debate, some very serious reports which the media seems to avoid; Hunter, Russian Collusion, Quid Pro Quo. But everytime he did this, Chris Wallace seemed to block Trump and protect Biden.  Did you notice? He seemed to be ‘the calm’ so Biden would not snap.

Why did Trump push Biden? He wanted him to break under pressure. It’s not anything new. We’ve seen Biden flip out before in front of his own audiences.

Remember, Trump is a business man, not a politician. He knows how to do business. He’s not in it to play games. He is in it to give America back to the people. He is exposing corruption with the DS and the Bidens, and to hold them all accountable for their crimes. This is why he pushed Biden so hard.  This is why he is the perfect candidate for President.

Just before the debate, John Ratcliffe declassified information which showed Hillary Clinton had approved  a campaign plan to stire up a scandal against Donald Trump by tying him to Putin. (Ratcliffe will explain later.) Did Comey know about this?

Sept. 30, 2020, Comey testified before the Senate Judiciary Court, answered questions, on record and under oath.

Most of what Comey said was he ‘did not recall.’   He said he had no clue about Hillary’s ties to take down Trump through a Russian hoax, no clue about the dossier, no clue about FISA when he rubber stamped it, yet he was the FBI director. How could he not know? Wasn’t his signature on much of this?

FBI Director Christopher Wray has been asked to resign by Rep. Doug Collins. He sent a letter which reads,

Throughout your tenure as Director of the Federal Bureau of Investigation (FBI), you have proven unwilling or unable to bring accountability to the upper echelon of the FBI. I am sure you are aware of the recent revelation that the FBI had knowledge that the Russian collusion hoax was a creation of Hillary Clinton’s presidential campaign. In your refusal to act on this knowledge, you are complicit. I urge you to do the right thing for this country and resign.

100,000 mail in ballots in New York City were mailed to addresses with wrong names. Total Fraud!

The Patriot movement is not an organized group,  nor a cult,  but rather individuals, Americans, who research the question given. It is left for each one of us to determine the outcome from our research. Patriots are finding they must go underground to share our findings or face heavy censorship deemed FAKE when we actually have proof!

We thought the way to gain knowledge was by gathering all information then deciding what and how we want to believe, but social media and the MSM believe only reporting on one perspective is how we gain knowledge. Doesn’t this sound like Communism or Marxism… telling us what to believe and if we don’t accept it, they imprison us by putting us in Facebook jail or removing our account from Twat? When censorship happens, more people want to see why it was censored. Are these social media giants setting themselves up for failure?

Because Patriots were encouraged to not use hashtags anymore, the DS doesn’t know who to target. They’re stuck! Patriots are simply Trump supporters who love America. That’s it!

Trump is pushing to open up all schools. He introduced this new COVID Rapid Test which can have results within 15 minutes. Remember, this COVID pandemic is SO deadly for some, the only way to know if they have it is to get tested…

This Rapid Test will help our kids return to school, our economy to return to normal and our country to open up again. The recovery rate is between 99.995 – 99.999%, which is incredible!

Many many people are not believing the media anymore, nor the fact we still have a pandemic. During these next debates, if Biden shows up, Trump will expose many of the different forms of collusion that has been placed against the American tax payers. All he has to do is mention it!

Americans are very smart! They have done research around the pandemic, the riots and now the debates. By the time the election comes, Americans will understand where the real collusion came from.

Stay strong, stay positive and pray without ceasing! Patriots are in control!