The Deep State Finds Themselves Corralled
And There Is No Escape 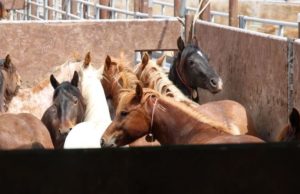 Everything the Deep State puppets have tried to do is not working! They are finding themselves corralled and there is no escape.

Patriots have the paper trail, the documentation, the criminal investigation and they have proof of crimes against humanity. Timing and optics are very important.

Patriots could not just go and arrest everybody. Those who are still asleep would not have understood. Declassified information had to be released slowly and methodically so those who were asleep could wake to understanding.

During the time when the Patriots were removing all of the barriers, removing the crooked FBI, DOJ and CIA officials, they were also removing corrupt judges, ambassadors, and terrorists. While they were doing this, the Deep State was doing their best to get rid of Trump; impeach, defame, tag him to Russian collusion, bring lawsuits, lie and even attempt to assassinate him. The more idiocy they pushed at him, the more of their barriers, he removed. Smart guy!

He knows what the DS has done.  He knows who the players are.  They spied on a duly elected president and also attempted a coup against him. They tried to impeach him.  His administration followed the rule of law and it’s just a matter of time before the DS goes down.   They know their very lives are at stake.

Kim Strassel, Columnist for the Wall Street Journal sent out consecutive tweets with this shocking report:

Look what has just been released! What do you think Durham will do with this information?