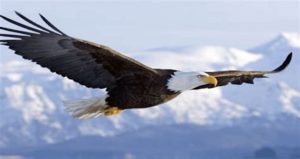 Before Trump, America saw very little of the Deep State. We saw what the Bushes, the Clintons and Obama did, but we didn’t necessarily connect a Deep State to them nor understand their mission. Now, with Trump in office, he has given us a birds-eye view of how corrupt, how deep and how wide the DS really is.

But having clarity of view isn’t enough. In order for this corruption to be forced out, and in order for ‘We-the-people’ to want change, oppression must be felt by us. The DS had many plans to give up America. Then Donald J. Trump, happened!

The Invisible Enemy is no longer invisible. This uprising we see in the streets is an insurgency, a rebellion, a revolt, and we may see this arise in other cities.  But remember, the process must be seen and felt by ‘We-the-people’ before real change can take place.

Bolton was strategically placed, was fed information that leaked and he was fired. In retaliation, he wrote a book. Now, the media has printed this information, much of it lies, much of it classified. The people must research and see for themselves how deep this corruption goes.

Zero Hedge and also the Federalist each have websites. They are strong conservative platforms. NBC news came out against them and now Google wants to demonitize them even though they use Google advertising.  The only reason to do such a thing is because NBC felt threatened with losing their audience. People are moving away from the mainstream media (MSM) and are seeking alternate news source. How do you stop them from taking your audience? You put them out of business.

Senator Josh Hawley is proposing new legislation to combat big tech censorship.  It gives platforms the right to sue if treated unfairly. This did not just begin with Zero Hedge and the Federalist. There have been countless conservative sites that have been demonetized, censored and banned by Google, while liberal sites are not. Bill Barr is going to be re-writing section 230. Section 230 is legislation from the DOJ regarding online free speech. Who will be affected, now? Google, Youtube, Facebook, Twitter.This is great news for conservative platforms! 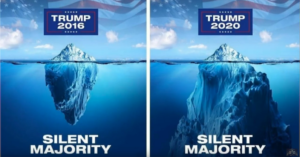 Trump’s silent majority has grown. The media wants the public think nobody is supporting him. The reality is thousands have woken up over this past term but we are not there yet.

Trumps administration is leaving change up to the people. We are at war and we are on the front lines. No one is coming to our rescue. Right now, our army is huge but it’s not enough. The people need to expose tyranny. The people need to get involved and attend rallies and vote. The people need to show we are united and that we want our freedom. How far are we willing to go to reclaim it?