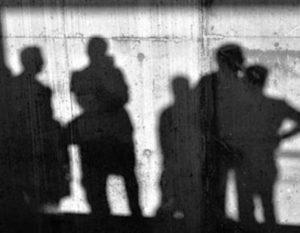 Everything we are seeing, both positive and negative, is about exposing the Deep State. Before this is over, expect ‘The Plan’ to be very painful. It may even seem like it is going horribly wrong.

In order for ‘The Plan’ to unfold, every corrupt person must be brought out of the shadows. The media, the corrupt Democrats and Republicans, politicians and Hollywood elites; all must be exposed in order for people to see this deception against Americans. Trump’s Administration has set up traps all over to ensnare certain individuals. They are falling for them!

This is what we are seeing with Stormy Daniels, Avenatti, Omarosa Manigault Newman,  and many others.  The media used them and once their Trump-crisis was over, they disappeared from view. Is this what will happen with John Bolton? 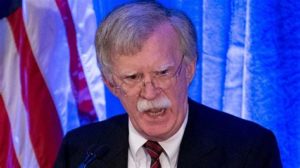 Bolton is putting out a book with leaked classified information.  The current administration used this to set him with false information. This made it easy to track who the leaker was. Now, there are no more leaks because all of the leakers, including Bolton, have been removed. Patriots are in control!

Pelosi is considering subpoenaing Bolton amid his book situation.  Is she really that dumb to do this? What can congress ask Bolton under oath? Information will be shown so either telling truth or telling lies, won’t work out well for him.

The same thing is happening to the media. They have reported so many things that simply are not true. They reported Kim Jong Un was dead. Yet, he is not. Their narrative about the pandemic was false: stay 6′ apart, wear masks, keep economy closed, stay home. Now, people are questioning everything. Defund the police…rioting, all backfired for now, people know they must carry a weapon for protection. Even the 2nd-wave narrative is falling apart.

Remember the woman who gave her husband 1 teaspoon of chloroquine (fish cleaner) and he died? The media was all over that saying HCQ is deadly. Well, the toxicology report came back. 17,000/ng/ml was in his blood, not 1 tsp.;  well over the lethal dosage. She murdered him! Did the media say they were in the midst of divorce? HCQ was not the medicine in question at all!  Again, the media’s narrative continues to fall apart.

With this pandemic, certain states are still trying to scare residents. California’s, Gov. Newsom is ordering all people to wear face masks. First, there was the pandemic which required everything to be shut down, ‘hopefully,’ until November. Then, there was ‘wear a mask or you might be a killer.’ Then Trump opened the country. No problems!

While this was in motion, the DS realized they were losing ground so they started the race-riots. The DS authorities signed off on having protests which blew apart their 6′ narrative. Oops! They pushed the 2nd wave by scaring people into continually wearing masks. But during the riots, now they want to defund the police. However, the police are calling in sick, showing the people what it’s like to not have police. If there are no police officers on the streets, who’s going to enforce the non-maskers? Their narrative is falling apart?

The Mayor of Olympia supported Black Lives Matter until they came into her neighborhood and damaged and spray painted her home. Then all of a sudden she cried, ‘Domestic Terrorism!’ This is what happens when anarchy happens to ‘YOU.’ All of a sudden, it’s not ok.

The first thing the rioters did upon setting up their zone in Seattle, was to put up a wall. Are the DS operatives behind the rioters of CHAZ, the same people who are fighting Trump on the idea of a Mexican border wall?

Once the silent majority speaks as one voice, it destroys the narrative of the Deep State. Everything they have done is not working. Exposure will take them down. Keep listening. Keep researching.  Keep posting. Keep the talking points going for in this, public awakening will happen. Our very freedom depends on it!