For The First Time In The Trump Administration, A Traitor Has Been Called Out 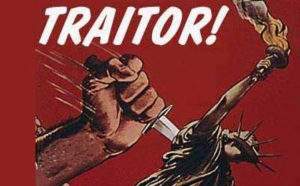 TRAITOR: One who betrays another’s trust or is false to an obligation of duty.

Every history class in America has taught students about tyranny in foreign countries. In our life-time, however, we never thought tyrannical forces would be hiding behind American politicians and Hollywood Elites, eventually affecting our very freedoms.

Hundreds of CEO’s, politicians and TV personnel have resigned since Trump took office. The latest to resign is Jimmy Kimmel. Isn’t he at the height of his career?  Why would he resign now? 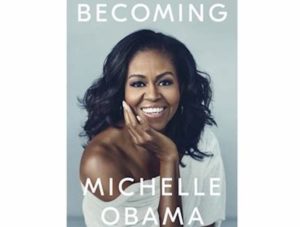 Joe Biden has not nominated his V.P. pick, yet. Kamala Harris, and also Amy Klobuchar, have been considered but Amy recently withdrew from consideration saying Biden should choose a woman of color. Dave from X22 Report has been ‘calling’ it for months. This sets the narrative for Michelle Obama. Will she ‘Becoming‘ Biden’s V.P. choice?

The DS created this pandemic, shutdown the entire system, crashed the economy and blamed Trump. They want to keep everyone in lock down until elections, with mail-in ballots becoming mandatory, so they can take control of the White House, the U.S. Constitution and the American people. Enter the One World Government take-over. But Trump opened the economy in April which absolutely wreaked havoc on the DS’s plan to take down America.

The next sign of retaliation we see is racism and chaos. They had to bring in BLM and rioting. Why? It sets up the narrative to introduce the person who will most likely be the gateway for Hillary Clinton to become VP or even run for president. Will that woman never go away?

For the first time in the Trump Administration, a traitor has been called out. Corruption knows no party line. John Bolton (R) should not get any credit for his new book. He didn’t hear any of it. It was all fed to him second-hand, on purpose. Pompeo made a bold statement, calling Bolton a traitor to the United States. His accusation should not be taken lightly. This is the lead-in to expose many U.S.traitors. We who are awake have seen traitors in Hollywood, in our US Military, and in former administrations but to call them out takes on a whole different outcome.

Those who leaked information to the media will be labeled traitors. They are getting people used to the term so when they are prosecuted for their crimes, it will be understood. Since Bolton is a Republican, the definition of treason may be a non-threatening talking point for conservatives to take to Social Media.

Censorship was seen during the Obama administration but with Trump’s re-election being a threat to the DS, censorship has become a huge problem for conservatives. James Woods, Ice Cube and even President Trump’s tweets have been censored.

“Twitter allows pedophiles to discuss attraction to minors.” “Bizarre Facebook survey asks users if they condone pedophilia.” These are actual fact-checked article headlines. Why are these allowed, but tweets and FB posts of a lesser crime are threatened with censorship, lockouts and removal? Section 320 is in review by Bill Barr. Will social media giants finally be held accountable for their censorship bias?

Crimes against humanity is once again being exposed. A Berlin government-backed pedophile network has been implicated for placing homeless children in the care of pedophiles for the past 30 years.  Only when evil is forced into the light, can we defeat it. Only when the DS’s plan is exposed, can we defeat it. 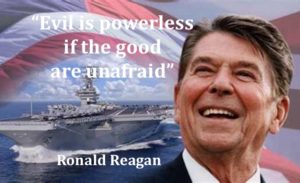 “Evil is powerless if the good are unafraid.” ~ Ronald Reagan

As long as there are two party lines, division in America will prevail. Could it be Trump’s mission is to bring the two parties of America together, working under the rule of law? When corruption is exposed, the Silent Majority grows.