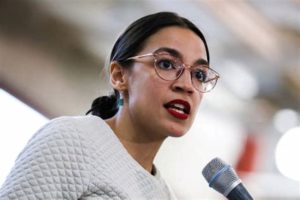 The Deep State did not want the people coming into the rally. Their fear was that the world would find out Trump filled up the stadium, so they relieved the COVID testers and didn’t allow anyone in the arena, even though thousands still held event tickets.

If the people around the country are allowed to realize how many Trump supporters he still has, the narrative is over. By them hindering supporters going to the rally, the DS interfered with the election process. AOC from New York bragged about teens from abroad flooding Trump’s campaign rally with fake ticket reservations. She added, “Shout out to Zoomers. Y’all make me so proud.” Isn’t this election interference? The Patriots are allowing these individuals to expose themselves and countermeasures are in place.

John Bolton was set up and fed fake information in addition to what he already made up. He was placed in his position on purpose. The Trump administration wondered if he was a true Patriot or if he was a traitor. A South Korea National Security Advisor says what Bolton wrote in his book is a complete fabrication. It does not reflect accurate facts but distorts facts.

People are waking up. They are not believing the pandemic was a real pandemic anymore.  The DS is trying to erase history by continuing to smash historical statues. New York’s Mayor DeBlasio is behind the removal of the statue of Theodore Roosevelt. It’s not about the confederate statues anymore. It’s about tricking people into thinking we don’t need history, we don’t need our country, we don’t need our past, all we need is a one world government. If we have a one world government, why do we need our history? 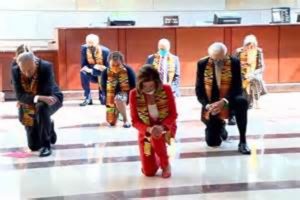 After Floyd’s death, the Democrats each came out wearing a Kente Cloth (Click here for video)  for an 8+ minute photo op. Turns out, the whole ritual backfired. The Kente Cloth has deep cultural meaning, and if worn inappropriately, it gives a message of disrespect.

Jay Clayton has been nominated to serve as U.S. Attorney of the Southern District of New York (SDNY).  Geoffrey Berman was an ‘acting’ U.S. attorney; not permanent, but a ‘temp.’ He was protecting the Weiner evidence, Clinton Foundation, Epstein evidence, Ukraine evidence. With Berman being removed, the Trump Administration just removed a major obstacle. Chuck Schumer is opening investigations into why Geoffrey Berman was fired. President Trump had every right under the law to fire Berman. Nothing will come of this investigation. Nothing.

American actress, Allison Mack was arrested in Brooklyn by the FBI on April 20, 2018, on charges of sex trafficking, sex trafficking conspiracy, and forced labor conspiracy in relation to her role in the NXIVM (Nexium) organization.  She has been sentenced to 40 years in prison. Keith Raniere was sentenced yesterday. Jeffrey Epstein was arrested in New York. Could this be why were we encouraged to watch New York? 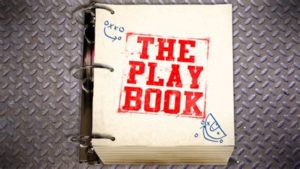 President Trump fights for Patriotism, for the rule of law and for our Constitution. In spite of so much corruption and deceit from the DS, countermeasures are in place. Patriots have their playbook! Keep fighting for freedom. It will be worth it!