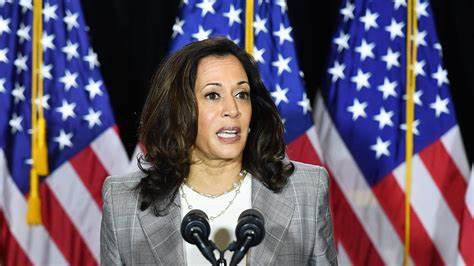 During a segment on HBO’s “Real Time with Bill Maher,” he called Harris “a bad politician” who is not “bright.”

“It’s very hard to take the nomination away from the president,” Maher said. “What I could see is replacing the vice president because she’s not very popular anywhere. And it didn’t seem to work out. And I don’t know. That’s been done before in a ticket.”

Left-wing The Atlantic writer Caitlin Flanagan said that Harris was not only an “off-putting person,” but that she also has “a lot of baggage that probably wouldn’t do well under a lot of scrutiny.”

“I just think she’s a bad politician,” Maher responded. “And I don’t … I think she’s a very bright person. But I can see them doing that because a lot of the problem with Biden being old is, ‘Oh, if he dies then you know you’re gonna get this person.’ OK, so here’s the problem with the Democratic party. They’re so boxed in by identity politics that you cannot conceive of a Democratic ticket that doesn’t have a woman and person of color on it.”

Last month, an ABC panel raised some eyebrows when discussing the possibility of Biden not running for re-election in 2024.

During a segment on ABC’s “This Week,” network correspondent Jonathan Karl and Yvette Simpson, Democracy for American CEO, also speculated that Harris was not next in line for the Democratic nomination if Biden decides not to run in 2024.

Host George Stephanopoulos noted the “grumblings” coming from the Democrat Party about Biden running again as his approval remains in the 30s.

“I think he should not run. I mean, you know, his numbers are really low, overwhelmingly the poll came out that Democrats don’t want him to run. When folks rallied around him to be the president, the expectation [was] he wouldn’t run again, that he would empower someone to run. Who that person would be, I don’t know,” Simpson said.

Stephanopoulos turned to Karl and noted that there was “no question” that the chatter surrounding Biden in 2024 “drives the White House crazy.” The White House has said Biden is running for re-election in 2024.

“You talk to Democrats privately, key Democrats on Capitol Hill, leaders in the party, and there’s just trepidation about this. There is a sense that among many of them that he shouldn’t run, and also if he doesn’t run that the primary is wide open, and it’s not just Kamala Harris’ to take. It could be a very messy Democratic primary,” Karl said.

This comes as reports suggest Biden’s inner circle has at least discussed the idea of replacing Harris on the 2024 ticket, assuming he runs for a second term in office.

In an explosive story from New York Magazine, titled, “There Has to Be a Backup Plan. There’s a Backup Plan, Right? Inside the 2024 soul-searching that’s happening in every corner of the Democratic Party,” author Gabriel Debenedetti discusses how Democrats are facing a reckoning.

Debenedetti noted how there seems to be a major divide between Biden and his allies on one side and Harris and her loyalists on the other.

“Biden has to run again because he desperately has to keep Trump out of the White House and defend our democracy,” as one Capitol Hill supporter puts it. “And I have no doubts Kamala Harris can’t win.”

Late last year, a CNN report alleged that White House insiders are painting a picture of total chaos and discontent between Biden and Harris.

“Kamala Harris is a leader but is not being put in positions to lead,” a top Democratic donor said. “[Biden] should be putting her in positions to succeed, as opposed to putting weights on her. If you did give her the ability to step up and help her lead, it would strengthen you and strengthen the party.”

“That chatter has already reached top levels of the Biden orbit, according to one person who’s heard it,” CNN reported.