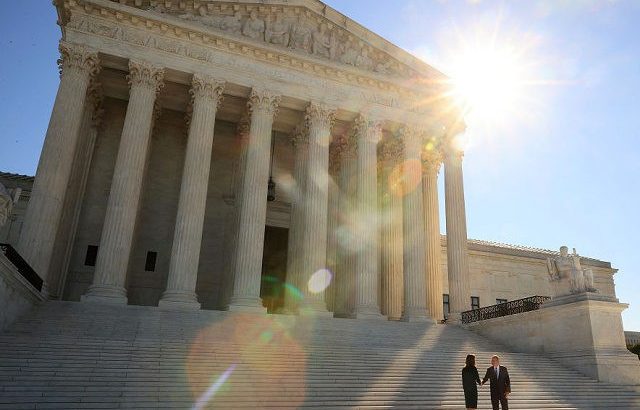 WASHINGTON, DC – Racial preferences, federal elections, and the reach of federal environmental agencies are just three of the issues facing the nation as the Supreme Court of the United States begins its annual term on October 3.

On its opening day, the court will hear arguments in Sackett v. EPA. Officially at issue is whether the Ninth Circuit federal appeals court declared the correct test for defining “waters of the United States.” But behind that is a serious constitutional question on how much power the Constitution’s Commerce Clause permits that federal agency to wield under the Clean Water Act.

The next day, October 4, the justices will consider whether Alabama’s redistricting plan violates the Voting Rights Act, in a major case on the allocation of federal-state power regarding elections. That case is Merrill v. Milligan.

October 31 will see the court consider whether racial preferences — known to some as “affirmative action” — in college admissions is illegal. A case from Harvard asks if preferring some racial groups over others violates Title VI of federal law, while a companion case from North Carolina asks if government schools violate the Fourteenth Amendment Equal Protection Clause when they prefer certain races. Both cases were brought by Students for Fair Admissions.

Three other major cases have not yet been assigned argument dates.

One case is 303 Creative, the latest LGBTQ fight at the Supreme Court, asking whether compelling an artist to speak or stay silent regarding messages — in this case, about same-sex marriage — violates the First Amendment.

The other is whether the Elections Clause of the Constitution — when referring to the time, place, and manner of federal elections being determined “by the Legislature thereof” — means that state legislatures are the ultimate authority to speak for a state on the issue, or whether, like most areas of law, statutes passed by the legislature are then administered by executives and interpreted by courts, with each branch having a say. That case is Moore v. Harper.

Another major case is United States v. Texas. The Lone Star State sued the Biden administration, saying that the Department of Homeland Security’s “guidelines” for enforcing immigration law instead rewrites those laws, which would be illegal. The court will decide whether states have standing to bring such a lawsuit, and if so, which side prevails under the Constitution.

Additional cases might be announced on the October 3 opening date. In modern times the Supreme Court hears fewer than 80 cases per year.

Breitbart News senior legal contributor Ken Klukowski is a lawyer who served in the White House and Justice Department.