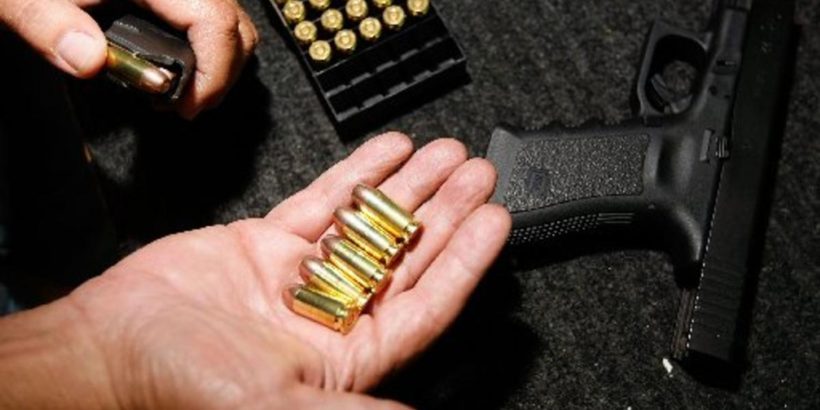 In Tuesday’s elections, the Democrats tipped the Virginia House and Senate in their favor, giving them full control of the state government for the first time since 1994. The election had stronger-than-usual turnout in the suburbs, according to media reports.

While the results could be a good omen for Democrats’ chances in 2020, it may also be a tipping point in the money battle over gun rights. Everytown for Gun Safety, the gun-control advocacy group that the former New York mayor helps fund, spent $2.5 million this year to influence voters in Virginia versus approximately $300,000 by the NRA, which has its headquarters in Fairfax, Virginia.

“In the past, the NRA has had its way with lawmakers because it was considered powerful and wealthy, and that has dynamic changed drastically — even within the last year,” said Shannon Watts, founder of Moms Demand Action, which is part of Everytown.

The NRA did not immediately respond to request for comment.

Other issues, such as minimum wage and health care, were also a focus for voters in the election. But gun control was in the spotlight. Three in 4 voters rated gun policy, including mandatory background checks, a “very important” issue, according to a Washington Post-Schar School poll. A mass shooting in Virginia Beach left a dozen dead earlier this year, while massacres in Ohio, Texas and California also emboldened groups calling for tougher gun laws.

Bloomberg helped found Everytown for Gun Safety in 2014 to “end gun violence and counter the Washington gun lobby.” The group put its focus beyond Congress, to bring attention to state elections and corporate boards, “fields of play formerly occupied almost solely by the gun lobby.” Bloomberg has pledged to spend at least $50 million to support the cause. The group now has 350,000 financial backers, though Bloomberg remains a major contributor.

The group’s influence has seeped into corporate boardrooms, too. The Virginia election came after a number of executives came out in favor of gun reform, amid Everytown’s advocacy and a steady stream of mass shootings.

Walmart in September said it will discontinue all sales of handgun ammunition and sales of short-barrel rifle ammunition that can be used with military-style weapons, following two “horrific” shootings at Walmart stores this summer.

The same month, chief executives of 145 companies signed a letter urging the U.S. Senate to pass a bill mandating background checks. The list included leaders of companies like Levi Strauss, Gap and Beyond Meat.

The list of 145 executives did not include some of the country’s largest or most powerful institutions such as J.P. Morgan Chase, Bank of America and Apple. It also did not included some of the largest companies headquartered in Virginia, such as Dollar Tree, General Dynamics, Capital One Financial and Northrop Grumman.

Bloomberg tweeted Tuesday night to celebrate the election results, calling out the influence of another group he helps fund, Beyond Carbon, a $500 million group that advocates for energy reform.

Pressure rises on the NRA

The NRA’s spending on the Virginia election is much less than the $1 million it reportedly spent on Virginia TV ads in 2017, when Everytown-backed Democrat Ralph Northam defeated Republican Ed Gillespie in the governor’s race. That year, the NRA’s blitz included a $750,000 spending spree between mid-October and Election Day.

But political leaders are increasingly zeroing in on the group, and its financial health is now in question. The NRA has lodged a lawsuit targeting New York Gov. Andrew Cuomo and his state’s regulators, saying their efforts to dissuade insurance and financial companies from doing business with the organization will cause “irrecoverable loss and irreparable harm” to the organization.

The NRA is under investigation by New York Attorney General Letitia James following allegations of misconduct. Those include media reports of millions of dollars of improper payments, which puts into question its status as a tax-exempt nonprofit. The revocation of that status could have a large impact on its finances, experts have said.

Sen. Ron Wyden, D-Ore., has alleged that the NRA acted as a “foreign agent” for Russia during the 2016 election. In a report issued earlier this year, he alleged that convicted Russian operative Maria Butina and Alexander Torshin “utilized a network of Russian oligarchs and high-ranking Kremlin officials to bring the NRA to Moscow with promises of lucrative business opportunities with Russian entities.”

The NRA spent $30 million to help elect Trump in 2016, more than double the $12.5 million spent on behalf of the 2012 Republican nominee, Mitt Romney, according to data compiled by OpenSecrets.org.

The NRA also spent $1.6 million during the first half of the year lobbying Congress against laws that would enact stricter background checks for people looking to buy guns. While Trump has spoken in support of background checks, he has also said he has spoken to the NRA about the issue “so that their very strong views can be fully represented and respected.”