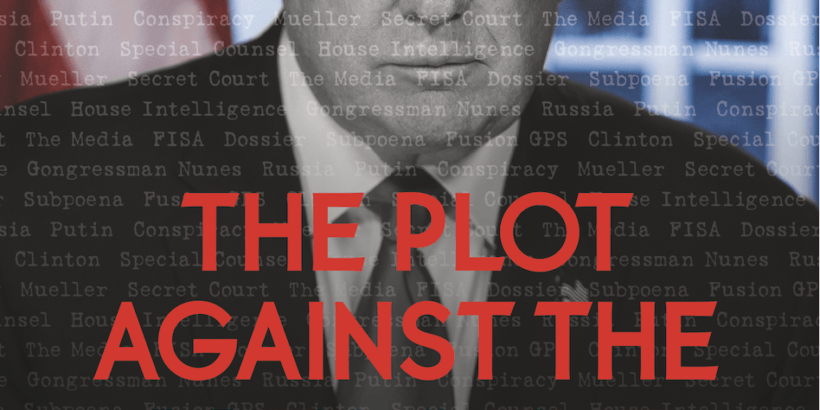 As concerned patriot citizens, we are starved for news we can trust. What better way than through books written by solid patriots, chock full of vital behind- the- scenes details that matter.  Knowledge is Power. Enjoy.

“The Plot Against the President”, by Lee Smith 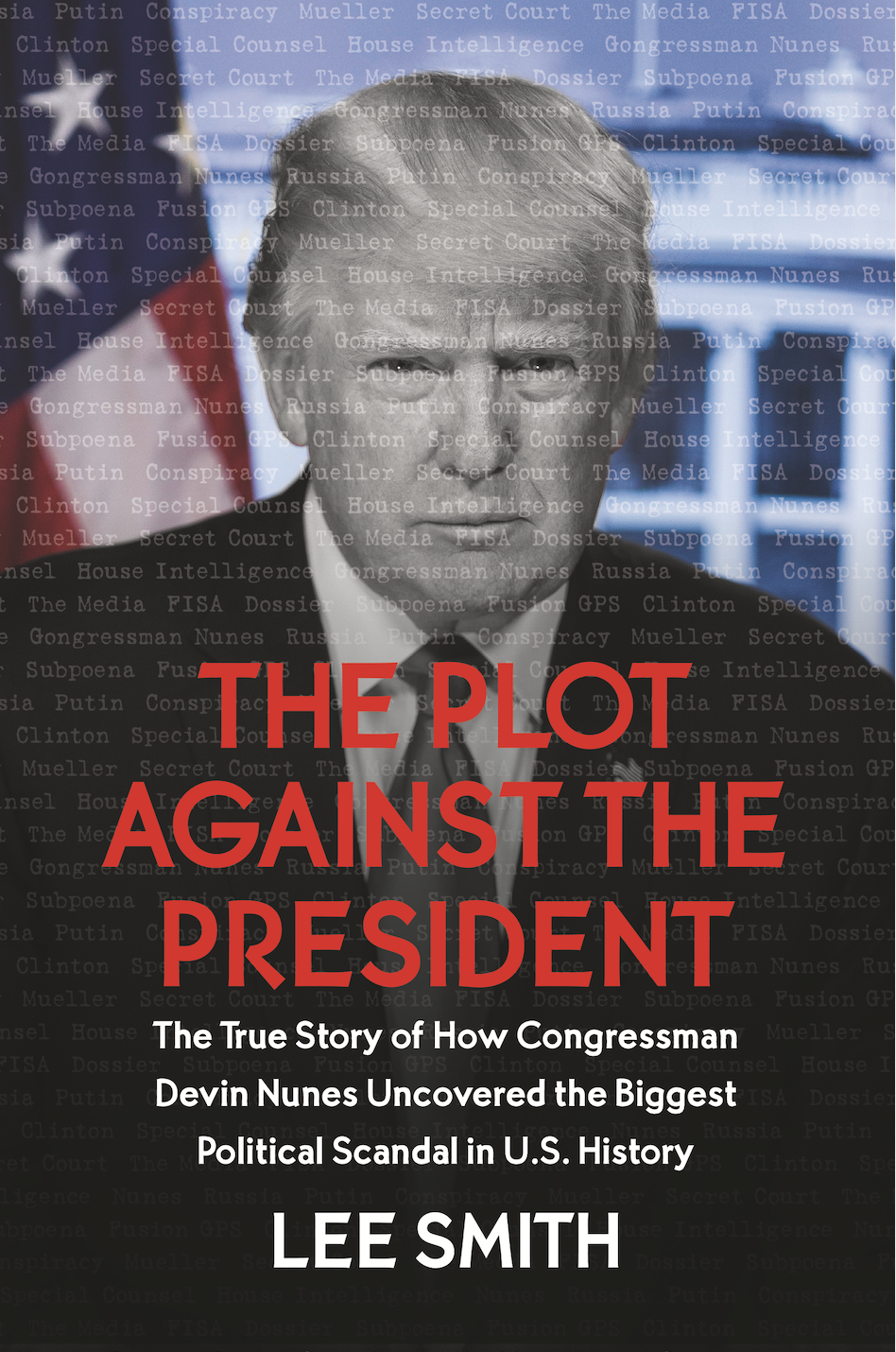 Author Lee Smith reveals how Devin Nunes uncovered the biggest political scandal in U. S. history; detailing how Devin took on the  inside leakers of US intelligence and their media mouthpieces – and left-wing politicians who thought they could get away with ousting a duly-elected president.

Without Devin’s timely actions, the Russia collusion hoax may have succeeded, with abuses committed by top US intelligence officials never getting exposed. – Nunes Campaign Committee

Investigative journalist Lee Smith’s The Plot Against the President tells the story of how Congressman Devin Nunes uncovered the operation to bring down the commander-in-chief. While popular opinion holds that Russia subverted democratic processes during the 2016 elections, the real damage was done not by Moscow or any other foreign actor. Rather, this was a slow-moving coup engineered by a coterie of the American elite, the “deep state,” targeting not only the president, but also the rest of the country.
The plot officially began July 31, 2016 with the counterintelligence investigation that the FBI opened to probe Russian infiltration of Donald Trump’s presidential campaign. But the bureau never followed any Russians. In fact, it was an operation to sabotage Trump, the candidate, then president-elect, and finally the presidency. The conspirators included political operatives, law enforcement and intelligence officials, and the press.
The plot was uncovered by Nunes, chairman of the House Intelligence Committee, and his investigative team. They understood that the target of the operation wasn’t just Trump, but rather the institutions that sustain our republic. A country where operatives use the intelligence and security services to protect their privileges by spying on Americans, coordinating with the press, and using extra-constitutional means to undermine an election then undo a presidency is more like the third world than the republic envisioned by the founding fathers.
Without Nunes and his team, the plot against the president — and against the country — never would have been revealed. Told from the perspective of Nunes and his crack investigators — men and women who banded together to do the right thing at a crucial moment for our democracy — the story of the biggest political scandal in a generation reads like a great detective novel, feels like a classic cowboy movie. The congressman from the cattle capital of California really did fight corruption in Washington. Devin Nunes took on the “deep state.”

Lee Smith is a veteran journalist whose work appears in Real Clear Investigations, the Federalist, and Tablet. He’s worked in media for thirty years, writing about national politics, foreign policy, and the press. Smith reported from the Middle East for a decade after the 9/11 attacks and wrote the critically acclaimed The Strong Horse: Power, Politics, and the Clash of Arab Civilizations. A Senior Fellow at the Hudson Institute, Smith is a frequent guest on television and radio, national and international, including Fox News, CNN, and France 24. Smith was born in San Juan, Puerto Rico and was raised in New York City. He now lives in Washington, DC.