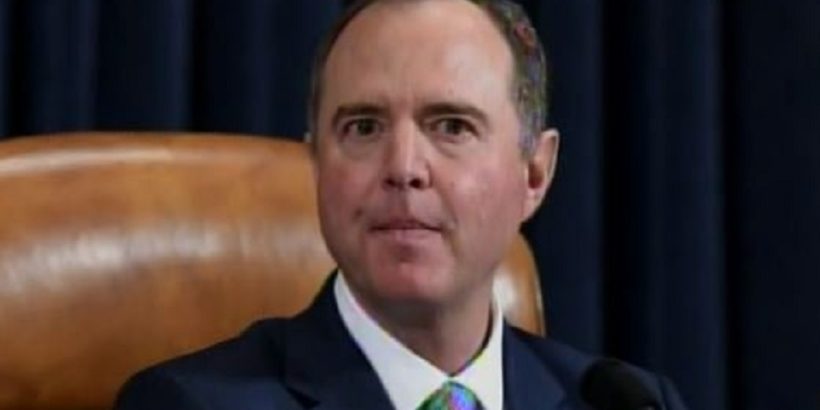 In an exclusive report, we provide the evidence below.

On July 12, 2018, Democrat Representative Adam Schiff sent John Szobocsan a letter on official letterhead requesting that Mr. Szobocsan participate in an interview in front of the House Permanent Select Committee on Intelligence (HPSCI): Mr. Szobocsan was an associate of Peter W. Smith who had tried to obtain Hillary Clinton’s emails and who then reportedly committed suicide in May 2017, a year before Schiff’s request.  (Obviously, because Smith was attempting to find dirt on the Clintons, there were suspicions that his death may not have been a suicide.)

Schiff also requested that Szobocsan provide documents and information related to efforts to obtain Hillary Clinton’s emails and any facts related to General Michael Flynn, Donald Trump and others: Mr. Szobocsan claims he complied with Schiff’s request and provided him a response by the date requested (July 26, 2018) along with a USB drive containing documents that satisfied the request.  Within days, Mr. Szobocsan and a family member started to receive calls from Anthony Cormier, a reporter at Buzzfeed.

(Cormier is known for his reporting later in 2019 that Michael Cohen was asked by President Trump to lie in his testimony in front of Congress.  This claim was later rebutted by the Mueller gang in their final report stating that this did not happen.)

Mr. Szobocsan also notes that about this same time that he was being contacted by Buzzfeed, Natalie Edwards was arrested and charged with leaking information to a reporter at Buzzfeed.  The far-left New York Times reported on October 17, 2018:

The federal authorities arrested a Treasury Department official on Wednesday and charged her with illegally showing a journalist secret reports about suspicious wire transfers by President Trump’s former campaign chairman Paul Manafort and others.

The Times also reported that Ms. Edwards was charged with leaking the information to Jason Leopold from Buzzfeed:

Prosecutors didn’t name the journalist. Headlines and quotes in the court papers matched articles published by BuzzFeed News; each article had the byline of Jason Leopold, an investigative reporter. He and a BuzzFeed spokesman declined to comment.

(We’ve reported on Ms. Edwards and her leaking classified information before, and how her case is now being prosecuted by James Comey’s daughter in the DOJ’s Southern District of New York)

Mr. Szobocsan claims that the co-author of the August 10, 2018 article cited on page 6, viii, of the Edwards complaint noted as Reporter-1 in the complaint is Buzzfeed lead reporter Jason Leopold.

Here is the Buzzfeed headline co-authored by Cormier and Leopold:

The Edwards complaint, starting on page 11 through 12, develops a timeline for the exchange of information between Edwards and Reporter-1 starting on August 2, 2018.  Ironically, the production of documents Szobocsan provided Schiff included an Excel spreadsheet outlining business transactions Smith had made in 2015 through 2017.  The Edwards complaint, on page 12, notes that Edwards exchanged several messages with her supervisor, the Associate Director of FinCen, on July 31, 2018 through August 2, 2018.

After the Buzzfeed article was produced related to Smith, Wall Street Journal reporters Byron Tau, Shelby Holliday, and Dustin Volz started reporting on the story beginning on October 7, 2018.  Those articles continued on the Smith funding theme and relied on a specious document found in the Schiff production.

Of course, when this document and a handful of documents were turned over to the WSJ reporters, the Mueller Special Counsel was still an open investigation.

Based on the blatant misuse of this document and several highly erroneous claims made by the WSJ reporters, Szobocsan  finally acquiesced to their demands for questions.  He claims that it was during that process, in early November, that Shelby Holliday from the WSJ admitted in a email that one of her associates was in contact with Rep. Adam Schiff.

Adam Schiff should in no way be leading an impeachment into President Trump.  Schiff should be the one removed from office.  He’s a leaker and a liar.

by Joe Hoft. The Gateway Pundit