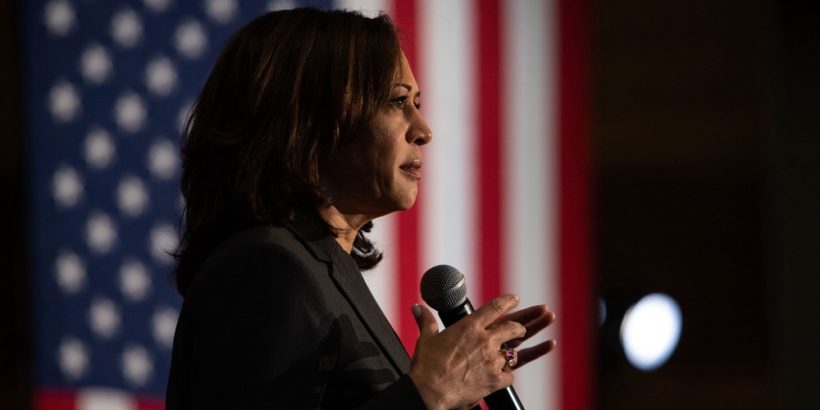 UPDATE: Kamala Harris is dropping out of the Democrat presidential race, according to numerous reports. The Atlantic’s Edward-Isaac Devore was first to report.

UPDATE: Harris confirms, blames a collapse of fundraising and whines she’s not a billionaire who can self-finance.

Eleven months ago at the launch of our campaign in Oakland I told you all: “I am not perfect. But I will always speak with decency and moral clarity and treat all people with dignity and respect. I will lead with integrity. I will speak the truth.”

“And that’s what I have tried to do every day of this campaign. So here’s the truth today.

I’ve taken stock and looked at this from every angle, and over the last few days have come to one of the hardest decisions of my life.

My campaign for president simply doesn’t have the financial resources we need to continue.

I’m not a billionaire. I can’t fund my own campaign. And as the campaign has gone on, it’s become harder and harder to raise the money we need to compete.

In good faith, I can’t tell you, my supporters and volunteers, that I have a path forward if I don’t believe I do.
So, to you my supporters, it is with deep regret — but also with deep gratitude — that I am suspending my campaign today…”statement continues at Medium

Harris’ campaign never recovered from the hit by Rep. Tulsi Gabbard (D-HI) at a July debate.

NBC reported the cancellation of the fundraiser. Excerpt:

…The event, which was scheduled to take place on Tuesday at the Paul Weiss law firm, was suddenly dropped due to what was described by the campaign as a “personal matter,” according to people familiar with the situation. No date was given for rescheduling. Donors were informed of the decision earlier Tuesday.

Tickets started at $500 and went up to $2,800, which is the maximum a donor can give during a campaign cycle…

A copy of the invitation posted by CNBC showed it was scheduled for lunch time.

Support for Harris peaked in early summer at 15 percent following a well-received June debate performance. Harris’ nosedive started when Rep. Tulsi Gabbard dismantled her over her record as a state prosecutor and attorney general in California at a follow-up debate in July.