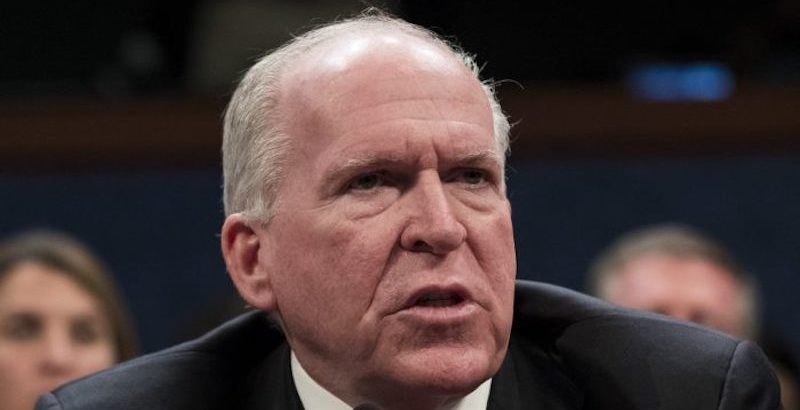 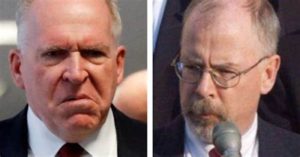 Crossfire Hurricane was the code name given for the investigation by the FBI in 2016 and 2017. The investigation was in place to see if there was interference by Trump and Russia, and the Trump Campaign in the 2016 US presidential election.

Now, the Trump administration is investigating those investigators to make sure the rule of law was followed. John Brennan is the former CIA Director. John Durham is the lead investigator.

Former CIA Director John Brennan said Friday that he is willing to be interviewed by the federal prosecutor investigating the origins of the Trump-Russia probe, adding that he has nothing to hide and looks forward “to the day when the truth is going to come out.”

“I feel very good that my tenure at CIA and my time at the White House during the Obama administration was not—that was not engaged in any type of wrongdoing or activities that caused me to worry about what this investigation may uncover,” Brennan said in an interview with MSNBC’s Chris Hayes on Friday.

“So, I welcome the opportunity to talk with the investigators,” the former spy chief said, adding, “I have nothing to hide. I have not yet been interviewed by any of those individuals involved in this matter but I’m willing to do so.”

Attorney General William Barr assigned John Durham, the U.S. attorney for Connecticut, early in 2019 to investigate the origins of the FBI’s counterintelligence investigation of the Trump campaign. Part of Durham’s brief is to assess whether the surveillance of Trump campaign associate Carter Page was free of improper motive.

Brennan said in congressional testimony on May 23, 2017, that it was his intelligence that helped establish the FBI investigation.

“I was aware of intelligence and information about contacts between Russian officials and U.S. persons that raised concerns in my mind about whether or not those individuals were cooperating with the Russians, either in a witting or unwitting fashion, and it served as the basis for the FBI investigation to determine whether such collusion [or] cooperation occurred,” Brennan said.

The New York Times has reported that of specific interest to Durham are Brennan’s CIA communications to find out what role he played in developing an Intelligence Community Assessment (ICA) (pdf) that said the Russian government meddled in the 2016 election to help Trump.

While Durham may be scrutinizing Brennan’s activities around the launch of the Russia probe, there is no indication of any wrongdoing on the part of the former CIA chief.

In the interview on MSNBC, Brennan said he welcomed talking to Durham to assist with his investigation.

“I have not yet been interviewed by any of those individuals involved in this matter, but I’m willing to do so because I do believe that for too long, the American public have been misled by Donald Trump, by William Barr and others,” Brennan said.

While it is unclear who else Brennan may have been referring to, in February, senior figures in the Republican camp have intimated that people involved in the Trump-Russia investigation should go to jail.

House Minority Whip Steve Scalise (R-La.) said in February that he believes some people who allegedly abused their power in an attempt to “take down a candidate for president” should be sent to prison after Durham concludes his probe.

“People need to be held accountable. They abuse their power to literally try to take down a candidate for president of the United States. People ought to go to jail,” Scalise said.

“I’ve seen some classified information that I can’t go into, but I can say this: hopefully Durham names names. I think the attorney general is waiting to see what comes out of that.”

Brennan told MSNBC that he is concerned that instruments of law enforcement and intelligence may be weaponized against political opponents.

“I’m very worried that the instruments of governance, the instruments of intelligence and law enforcement and justice are now being exploited and manipulated in Mr. Trump’s hands and I think that’s something that should worry all Americans,” Brennan said.

“John Durham, who is a well-respected individual from the Department of Justice … is conducting this investigation,” Brennan said, adding, “I’d like to think that John Durham and the other DOJ and FBI investigators will continue to honor their oath of office and to carry out their responsibilities without any consideration of [the] political interests of Donald Trump.”

It comes after Fox News reported, citing anonymous sources, that Durham was building a “serious case,” and that some of the revelations “could be sufficient for some charges against agents.”

Janita Kan contributed to this report.