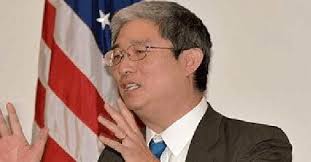 We have some incredible new documents that show the DOJ gave substantial extra income one of the most controversial Russiagate perps – DOJ official Bruce Ohr.

Today, Judicial Watch released Justice Department documents showing that Bruce Ohr received $42,520 in performance bonuses during the Trump/Russia investigation. In fact, his bonus nearly doubled from $14,520 (received in November 2015) to $28,000 in November 2016.

The documents show that on November 13, 2016, Ohr was given a performance award of $28,000. This was during the time of his deep involvement in the highly controversial Justice Department surveillance of the Trump presidential campaign. The bonus was nearly double the $14,250 performance award he was given on November 29, 2015.

Bruce Ohr was married to Nellie Ohr of Fusion GPS and was removed because of his conflict of interest and role as conduit for Fusion GPS material. The documents show that Ohr was removed from his position as Associate Deputy Attorney General on December 6, 2017. On January 7, 2018, Ohr was reassigned from his position of director of the Organized Crime Drug Enforcement Task Force (OCDETF) and shifted to Counselor for International Affairs in the Department of Justice Criminal Division. Ohr received a $2,600 pay increase.

These documents will raise questions as to whether the conflicted Bruce Ohr, who the FBI used to launder information from Christopher Steele, was rewarded for his role in the illicit targeting of President Trump.

One of our FOIA lawsuits recently produced information from the DOJ showing a conversation between former Deputy Assistant Secretary of State for the Bureau of European and Eurasian Affairs Kathleen Kavalec and Bruce Ohr, in which they discussed the targeting of Donald Trump with Steele dossier material. In discussing a meeting with the potential source for a Mother Jones article accusing the Trump campaign of taking money from a Russian-American oil magnate, as well as Christopher Steele’s connection to that source, Kavalec emails Ohr citing the accusatory Mother Jones article. Ohr says, “I really hope we can get something going here.”

We also obtained an email revealing that Nellie Ohr, wife of Bruce Ohr, informed him that she was deleting emails sent from his DOJ email account. The full email exchange is between Bruce Ohr, Lisa Holtyn, Nellie Ohr, and Stefan Bress, a first secretary at the German Embassy, and is part of 339 pages of heavily redacted records from the U.S. Department of Justice.

We have (Click on the maroon colored hyperlinks to read corresponding documents or supporting articles)from Ohr showing that he remained in regular contact with former British spy and Fusion GPS contractor Christopher Steele after Steele was terminated by the FBI in November 2016 for revealing to the media his position as an FBI confidential informant. The records show that Ohr served as a go-between for Steele by passing along information to “his colleagues” on matters relating to Steele’s activities. Ohr also set up meetings with Steele, regularly talked to him on the telephone and provided him assistance in dealing with situations Steele was confronting with the media.

We are also suing the DOJ for communications between two of the pivotal players in the Deep State, anti-Trump collusion – former FBI official Peter Strzok and Ohr (Judicial Watch v. U.S. Department of Justice (No. 1:19-cv-01082)). We are challenging the Justice Department’s extraordinary claim that there are no records of communications between Strzok and Ohr in light of the preeminent role both individuals played in the Deep State effort to undermine the Trump campaign and administration. In addition, Ohr himself testified before Congress that he did, in fact, meet and communicate with Strzok.

We are also seek records about the agency’s involvement in persuading President Trump to defer his September 2018 decision to declassify DOJ documents related to the Russia investigation (Judicial Watch v U.S. Department of Justice (No. 1:19-cv-00507)). Our lawsuit is also seeking DOJ official Ohr’s records of communications around the time of Trump’s declassification announcement.

We filed suit for details of the “302” reports from the FBI interview with Ohr. The interviews could be key to understanding how information from anti-Trump dossier author, British spy Christopher Steele, was transmitted to the FBI. (Judicial Watch v U.S. Department of Justice (No. 1:18-cv-02107)). The House Intelligence Committee memo released by Chairman Devin Nunes on February 2 says that his wife, Nellie Ohr, was “employed by Fusion GPS to assist in the cultivation of opposition research on Trump” and that Bruce Ohr passed the results of that research, which was paid for by the Democratic National Committee (DNC) and the Hillary Clinton campaign, to the FBI.