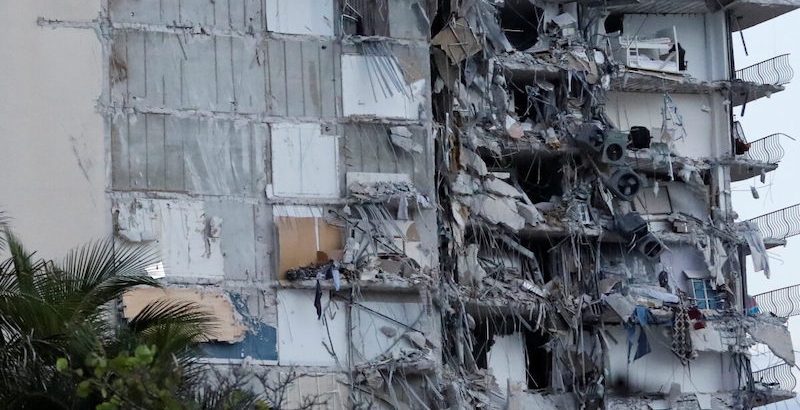 Dozens of people were evacuated from the building and from a nearby hotel, but it was not known how many more casualties there could be as the search and rescue operation was still continuing, officials said.

The building in the town of Surfside, Florida, about 15 miles (24 km) north of Miami on the Atlantic coast, partially collapsed about 2 a.m. (0600 GMT), for reasons unknown, Surfside Mayor Charles Burkett told the media.

“It’s hard to imagine how this could have happened,” Burkett said. “Buildings just don’t fall down.”

The Miami-Dade Police have assumed control of the investigation as to why the building collapsed. More than 80 fire and rescue units the Miami-Dade County Fire Rescue Department said in a tweet early Thursday.

An image posted on the Twitter account of the Miami Beach Police, which is assisting the operation, showed a tangle of rubble with debris cascading down from what was left of the balconies of the building.

Eyewitness video obtained by Reuters showed neighbors gathering across the street from the rubble of a collapsed tower.

“This whole building here, it’s completely gone,” a person can be heard saying.

“MBPD and @MiamiBeachFire are assisting the Town of Surfside at a partial building collapse located at 8777 Collins Avenue in Surfside, Florida. Multiple police and fire agencies from across Miami-Dade are assisting,” the police said.

The 12-story building was built in 1981 and has more than 130 units, according to NBC Miami. Officials have said about 80 were occupied.