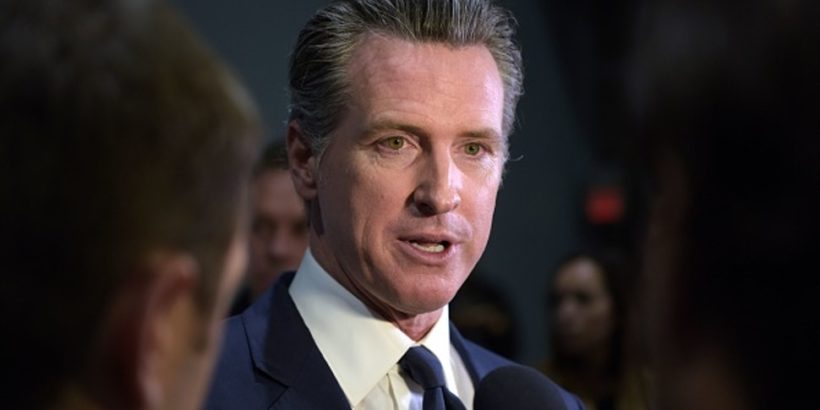 On Thursday, California’s Democratic Gov. Gavin Newsom released a list of outdoor activities citizens are “allowed” to participate in during the statewide shutdown.

“We want you to see sunsets,” said Newsom, as reported by SF Gate. “We want you to enjoy activities outdoors. What they don’t want is people congregating outside in large groups.”

The list included a wide variety of activities, some of which raised more than a few eyebrows on social media for either being so specific or painstakingly obvious, such as the suggestion for people to avoid gardening in groups or giving permission for people to wash the car.

People on social media mercilessly trolled the list for going to the excessive lengths that it did.

“CAN YOU BELIEVE THIS??? THIS IS REAL! California releases detailed list of outdoor activities allowed during shutdown,” tweeted radio show hosts Jon and Ken.

CAN YOU BELIEVE THIS??? THIS IS REAL ! California releases detailed list of outdoor activities allowed during shutdown https://www.sfgate.com/news/editorspicks/article/California-outdoor-activities-allowed-stay-home-15238108.php?utm_campaign=CMS%20Sharing%20Tools%20(Desktop)&utm_source=t.co&utm_medium=referral … via @SFGate

“Big Daddy #thugboy decided to ease your restriction. Be good little boys and girls and they and them. Follow the rules or else [Gavin Newsom] is going to put you in time out, with misdemeanor, possible fine, possible jail time,” tweeted congressional candidate Erin Cruz.

Big Daddy #thugboy decided to ease your restriction. Be good little boys and girls and they and them. Follow the rules or else @GavinNewsom is going to put you in time out, with misdemeanor, possible fine, possible jail time#PoliceState #endthelockdownhttps://www.sfgate.com/news/editorspicks/article/California-outdoor-activities-allowed-stay-home-15238108.php …

“Meanwhile, in CA, Gov. Gavin Newsom announced the activities we peasants are allowed during the lockdown,” tweeted one frustrated user. “I’ll see you at the State Capitol protest tomorrow while the governor sits atop his throne and whittles away at this list of allowable activities.”

As reported by The Daily Wire’s Eric Quintanar, earlier this week, cities in Orange County sued the governor for ordering a statewide beach closure against the authority of local municipalities who voted to keep the beaches open. Orange County Sheriff Don Barnes said that law enforcement will not take a heavy-handed approach toward citizens in violation of the order.

“To date, we have not had to take any enforcement action on any components of the governor’s order,” said the sheriff.