Boom Week Ahead, You’ll Love How This Movie Ends 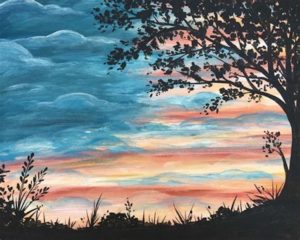 ‘We the People’ are DONE! Marches all across the country have encouraged citizens to lock arms and rise up against double-dealing mayors and governors, demanding their freedoms back.

The establishment does not have a legal right to keep businesses closed any longer. Florida business owners who were cited/arrested for opening early, have received great news.

‘The State Attorney’s Office 6th Circuit just DROPPED their case against my client Galen Wood – the first Floridian to be arrested for opening a ‘non-essential’ business. It’s clear there is NO valid legal authority for either the state or local emergency orders.’ ~ Anthony Sabatini

Thousands of CA residents met at Huntington Beach, demanding Gov. Newsom surrender his tightfisted overreach. Gov. Whitmer, the one who banned the sale of seeds, is still  pushing her plan of keeping Michigan in lockdown. Gov. Jay Inslee retracted his release date of May 4, 2020 prolonging it to May 31, 2020.

“We will shut you down, we will cite you, and if we need to, we will arrest you and we will take you to jail, period! … Don’t make us treat you like a criminal.”  ~ Chicago Mayor, Lori Lightfoot. According to Sidney Powell, this is the mayor “who got her hair done while punishing and threatening all others.”

Lightfoot got her hair done. DiBlasio went to the gym. Certain public servants are acting like dictators. Americans are seeing more and more of the ‘you can’t but I can,’ double standard. People have had it!  This isn’t about CCP virus anymore but about politics…power.

In November, people will remember their treatment.  Elected officials are to represent the will of the people, not the other way around.  Remember the words, “You attack those you fear the most.”  Is it possible the DS puppets fear ‘We the People?’  You bet, they do!

Many Patriots around the world are posting twitter videos saying, “Where We Go One We Go All.” It’s not just in the US. [Cue] is reaching the world with a message of hope, and the world is reaching back.

For the ‘Trump is not a doctor,’ crowd…Trump knows the people had to see it to believe it. This is why he allowed the information on HCQ, light therapy, etc., to play itself out. If he had told the people in the beginning, his information would have been silenced. Now, his talking points are being praised by the very people who have the background to prove it.

Governors are being exposed. HCQ is being praised. It was never about Russia. Gen. Flynn should be exonerated soon.  Everything is changing right now. Hold on to your hats… Everything is about blow.