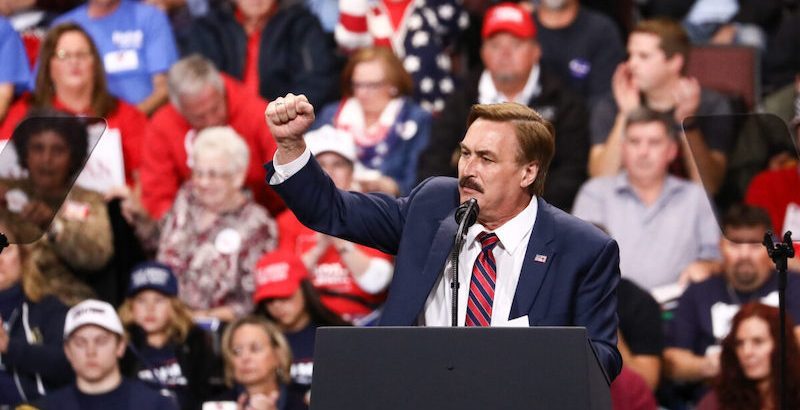 Mike Lindell is a force to be reckoned with.

Because Mike Lindell brought the truth through Absolute Proof, America showed their appreciation by purchasing his products.

This is a great reminder that when the voices and actions of the we-the-people are united, we can sway corporate America. Afterall, America does belong to the people.

“We’ve actually increased in sales. We’re actually up in sales. Our shipping’s behind,” he told The Epoch Times.

“Those were bots and trolls they were afraid of,” Lindell said, asserting what transpired was an example of so-called cancel culture.

But he also said that the companies are facing negative impacts.

“They’re just as bad as the people that are doing it because they did it out of fear. I’ve been with them for years, and they’re the ones that suffer because now those customers are buying directly from Mike Lindell, from MyPillow. So our business is up,” he said.

“The box stores that stayed with us are way busier because they’re not going to those other places because they don’t have MyPillow products now,” he added.

Lindell told NTD last month that Americans need to step up against cancel culture, or the growing trend of trying to shut down people and companies that are out of step with certain groups, primarily the modern leftist orthodoxy.

“This is the time we all have to stand up against this,” he said.

Lindell has become known for talking about election fraud claims and recently debuted a documentary, “Absolute Proof,” that he alleges shows the November 2020 election involved high levels of fraud. It aired on One America News last week and is set to air again this week.

Lindell has faced personal repercussions for his remarks about the election. Twitter recently suspended him, citing alleged violations of the company’s civic integrity policy, before permanently banning the account. YouTube and Vimeo, meanwhile, took down “Absolute Proof.”

Lindell told The Epoch Times that “they’re trying to cancel me everywhere.” In another example, he said, Google has prevented him from buying ads for the film.

“We’re gonna get it out in spite of all them and then our whole country… everybody needs to see this. This isn’t a political thing,” he said. “Everybody should be concerned, that’s just terrible.”

Lindell was a mainstay at rallies for former President Donald Trump but clarified that he rarely spoke to him. Lindell said he has not seen Trump since he visited the White House just before Trump left office.