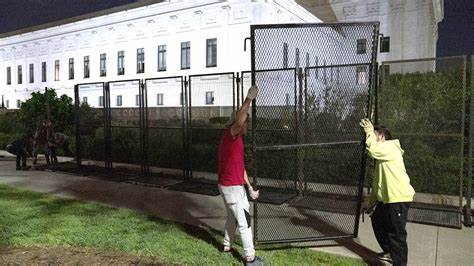 Security is heightened around the Supreme Court ahead of its decision on overturning Roe v. Wade. Fencing was erected Wednesday night, and there are concerns about violent protests in the days to come.

The leak of Supreme Court Justice Samuel Alito’s draft opinion has shaken the institution, but what about the substance of what he wrote? We ask former judge and Texas Congressman Louie Gohmert what he thinks.

Pro-life groups are working to expose what they suspect are unlawful abortions at a D.C. abortion clinic. The groups found five babies that were allegedly killed after partial birth. We spoke to someone who was involved with that grim discovery.

With Title 42 potentially ending, is the Biden administration ready to handle the expected influx of illegal immigrants? Officials testified on what they’re planning to do, amid pushback from Republicans.

As the crisis on the southern border rages on, we had a chance to catch up with border state Texas Congressman Troy Nehls to get some perspective on how Texans are feeling with the impending removal of Title 42.

Attorney General Merrick Garland speaks about his strategy to end gun violence at the ATF headquarters.